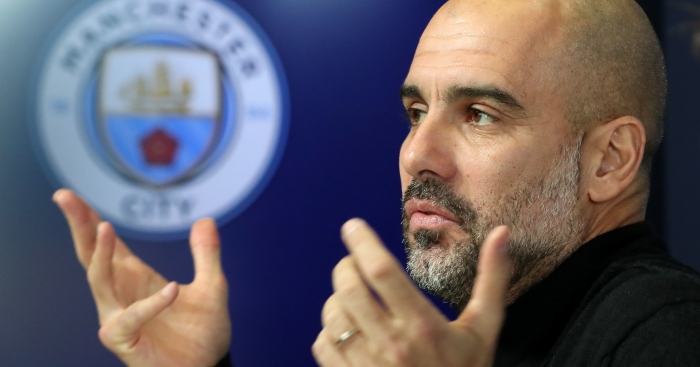 David Silva and Fernandinho are the latest additions to an injury list that includes Sergio Aguero, Kevin De Bruyne, Danilo, Benjamin Mendy and Claudio Bravo. Oleksandar Zinchenko has also been out in recent weeks.

The problems come after City suffered their first Premier League defeat of the season at Chelsea on Saturday to lose top spot in the table.

The Hoffenheim clash has less riding on it with City already through to the last 16 but they need at least a point to be sure of finishing the first stage as winners of Group F.

Guardiola said: “We have 15 players available so I cannot do too much.

“We are going into a really tough game. We are in the next stage and that’s important but we want to go through finishing first. Every game we try to win.

“If you finish first or second the last 16 is tough but to play at home (in the second leg) is a small advantage.”

Silva was substituted at Stamford Bridge with a hamstring injury and faces “a few weeks” out but Aguero, who has missed three games with a groin problem, could return to face Everton on Saturday.

Guardiola, speaking at a pre-match press conference dominated by questions about the alleged racial abuse experienced by Raheem Sterling, did not confirm the nature of midfielder Fernandinho’s injury.

Guardiola expects his players to learn lessons from their reverse at Chelsea, which saw Liverpool supplant the champions at the summit.

He said: “The day after we trained, a bit more sad than normal, but that’s normal when we lose.

“But unusual is not to lose a game – what’s unusual is what we have done in the last 15 or 16 months. That’s not normal, the amount of games we won and the few games we lost.

“But I have no argument with the way we lost. I don’t have anything negative to say to my players.