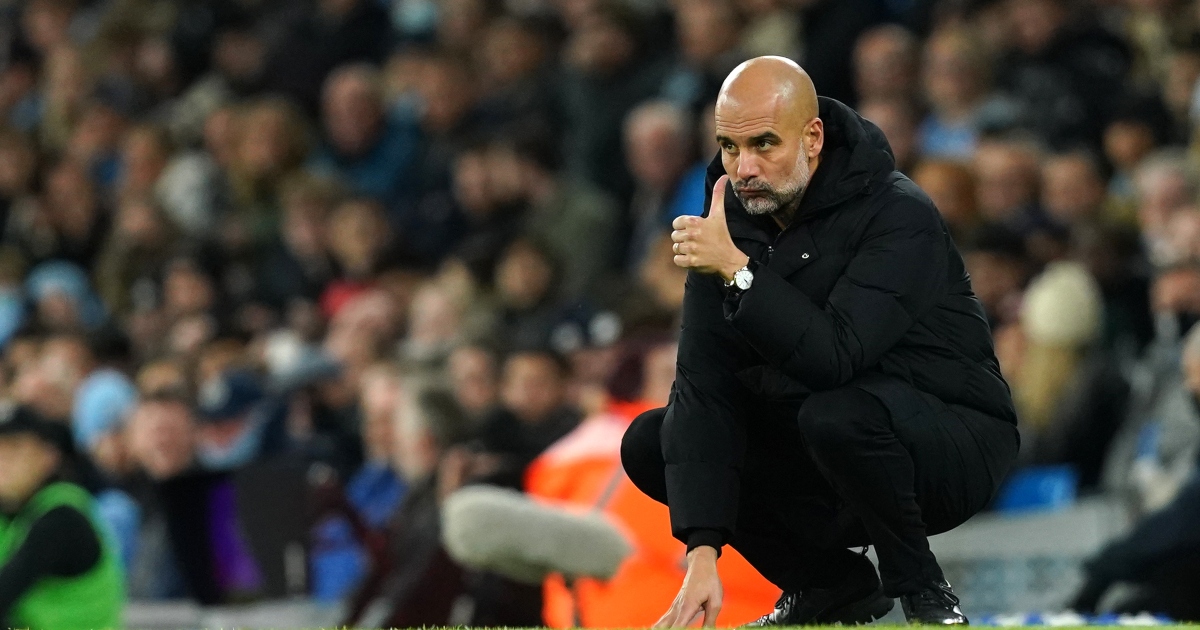 Manchester City manager Pep Guardiola has praised Chelsea boss Thomas Tuchel as they get ready to face off on Saturday afternoon.

City currently sit top of the Premier League table, ten points clear of Chelsea who find themselves in second going into the fixture.

Tuchel admitted on Friday that his side will have to ‘overperform’ in order to catch City this season but now Guardiola has praised his opposite number, admitting he learns from the German.

“So creative. One of the few managers I learn constantly from, to become a better manager myself. Excellent in all departments,” said the Spaniard.

“I enjoy since in Mainz and Dortmund, always I enjoy watching his teams and the approach.

“He makes world football better. He always wants to be positive in the way they play.

“He [Thomas Tuchel] didn’t like the way they played at home so they are going to play a different way.

“Seeing the Liverpool game and Spurs, I saw at Chelsea that they were completely different to what we played in Stamford Bridge.

“Football is every day. The best games were in the last few days.

“Football is constant evolution. You have periods where you play good, the key is to sustain that for as long as possible.

“Tomorrow we face the European champion. An excellent team.”

Ahead of Saturday afternoon’s clash, Guardiola revealed the club have some new positive Covid results.

“We have some new Covid cases.

Tune in shortly for Pep’s preview ahead of Saturday’s huge clash at home to Chelsea! 🎙💥

“When you test twice negative you come back otherwise you stay at home isolating, like happens at all the clubs in the last three months.

The City boss was also asked about the recent number of Premier League games postponed due to Covid.

“It’s a Premier League decision. I am not involved.

“I think the Covid is all around the world. It is not in that in this case there is more or less.

“It is not that in this part of the world there is no Covid. That is not true.

“We are used to it, unfortunately, to handling this situation for a long time. It’s happened for one or two years. We adapt and hopefully the cases are handled and players come back in a good condition.”

Tuchel also said earlier that City had handled the Covid situations the best, however Guardiola has played down that notion.

“Are you saying that we’re the smartest? That omicron doesn’t come to visit us?

“We had a lot of cases and injuries. We played Aston Villa with 11 first team players.

“The last five games we played academy players on the bench. We’re in the same situation as all other clubs.

“We learn all of us. Before we tried to plan the next few days but what we’ve learned is to take it day by day, take decisions a few hours before a training session or game because we can be ok and then in four or five hours we have positive cases.”