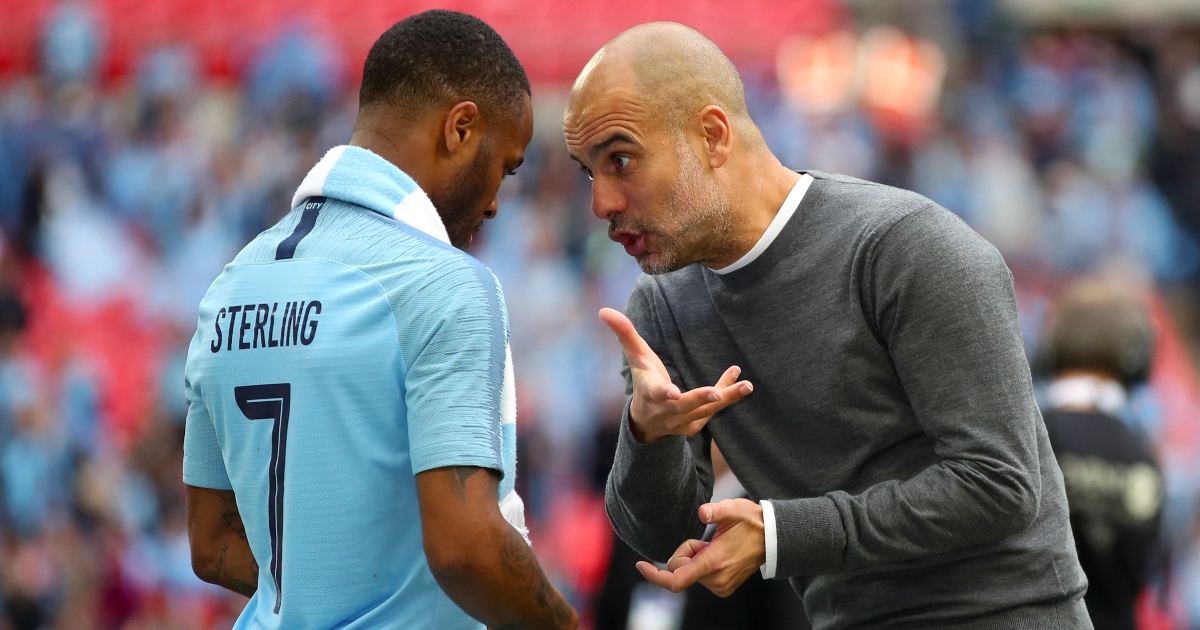 Manchester City manager Pep Guardiola has refused to comment on any transfer rumours until January after being asked about the future of Raheem Sterling.

Sterling has been linked with a number of different clubs in recent months after falling out of the starting XI at City. The winger’s contract is set to expire at the end of next season.

Ahead of City’s home fixture with Everton on Sunday afternoon, Guardiola was asked if Sterling could be forced to leave the club but the Spaniard was quick to decline to comment.

The City boss also provided an update on the fitness of a number of key players including Jack Grealish, Phil Foden and Kevin de Bruyne.

“Jack is getting better, Phil Foden came back with a problem on his leg and unfortunately Kevin got positive for Covid in Belgium.

“Jack I don’t think so [will be available], Phil maybe.”

Guardiola admitted he only found out two days ago about de Bruyne’s positive Covid test, but said it was important for the Belgian star to recover well.

“We found out two days ago, he is here. Forget about fitness and momentum, he is positive now he has to recover. We have to be careful, people are dying from Covid, he is vaccinated so hopefully he will be okay. There is no concern about rhythm it’s about the human being.”

The November international break is the last one until March and Guardiola admitted he is torn over whether or not he enjoys them.

“As a club manager it is a dream because I have a week’s holiday. Look at my tan, it’s much better than at the United game.

“But at the same time I’m concerned because every international break we’re unlucky. Players come back from the national team and they get injured, this time is not an exception. We get them fit, they come back not fit.”