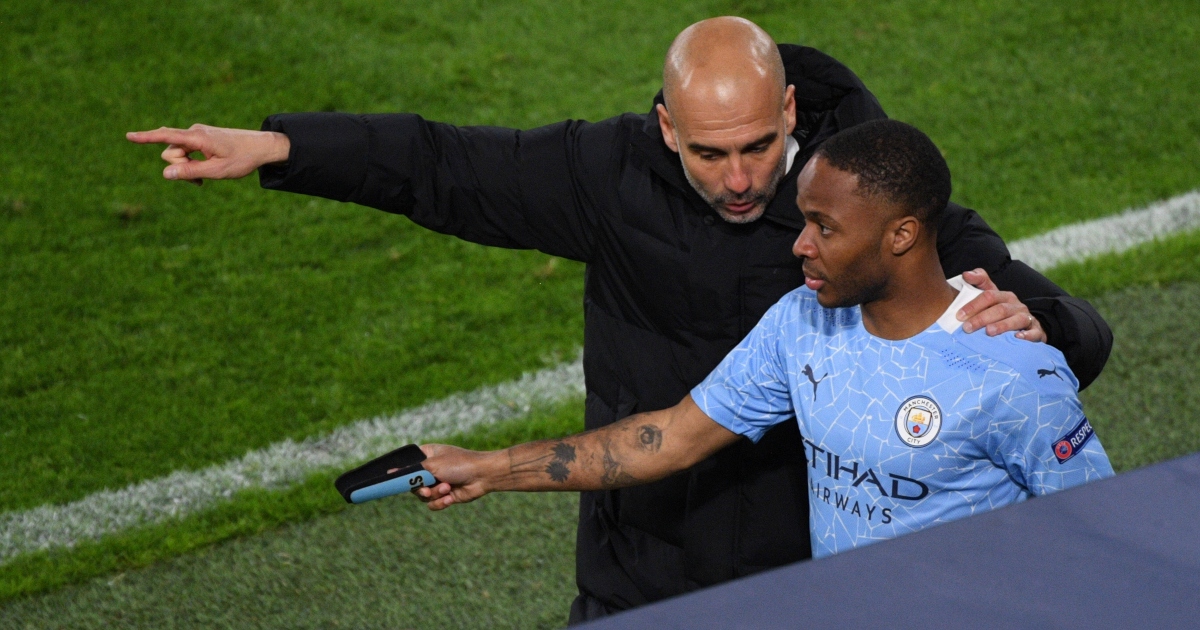 Manchester City manager Pep Guardiola admitted his delight for Raheem Sterling’s return to form and has revealed how he has helped his do so.

Sterling had struggled in the early part of the season and has been linked with a move away from City. However, the winger now has two goals in his last two games and looks to be on his way back to his best.

Guardiola has now spoken of his happiness to see the former Liverpool man in the goals again and what he did to help him.

“I’m so glad for him, it’s helped us that’s for sure. Of course, he will fight to do better and better and better. It’s good for both wingers to score and get assists, he is decisive. Still he knows he can do better, one-v-one, but this is a step to come back in his best form,” said the Spaniard.

“You have highs and lows, it’s important that the lows aren’t too low. They want to perform well, we won Premier League, I want to leave good. At the same time, relax. It doesn’t depend on individual [success] it’s the team, be on the pitch when the manager gives you the opportunity do your best.

“Raheem and everyone, that’s all. When you see players bad that’s a problem – it’s not the case. Just look how we fight and win games.

“I took him back to basics, when you’re at this level it’s normal. This calendar, they have more and more games. Sometimes the guys are tired here [mentally].

“It’s so difficult, it’s just physical, physical, physical. So demanding a little bit low. Come back to the basics. Step by step basics will be enough when the confidence come back, you come back who you are. If one player plays well their ability doesn’t go. Raheem is still the same guy.”

Guardiola also spoke about how he likes to attack with width through his wingers and full-backs.

“Five, six seasons here with wingers I don’t see it much. We attack with wingers wide – I like it. I love it when the full-backs have the ball and get to the byline, I’ve liked it since I was a boy – don’t ask why.

“Leroy [Sane], Navas, we like to players playing that position, false nine, the wingers I like to play them in their positions. Sometimes Kyle [Walker], the first goal against PSG was a winger wasn’t it. Full-backs inside? No, sometimes inside sometimes out, they have patterns but they decide, they have to play. I love it when they take it, when they [full-back/wingers] see it, smell it. It depends on the scenario.”