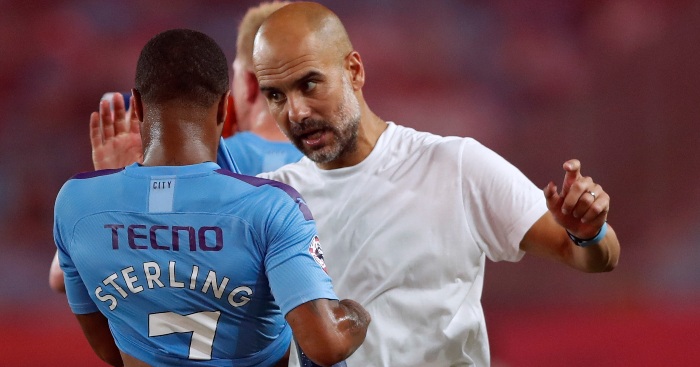 Pep Guardiola says he won’t have any input in selecting Manchester City’s next captain.

The Premier League champions are in need of a new skipper following Vincent Kompany’s departure this summer.

Guardiola has said that he may look to the transfer market to cover for the centre-half’s exit but he will let the players choose who takes the armband because it is too important a decision for him.

He said: “All these things about leadership, picking this one or that one. It will happen naturally.

“I’m not going to say, ‘Now it is your turn, then it is your turn’. It’s going to come naturally. You will see who has the attitude to be captain, they will do it together. It’s never a decision I will make.

“The captain has to handle the locker room, not me. If there are problems with me, the captain represents their decisions. They have to pick their captain.

“The captain is the players’ spokesperson to me and to the club. It’s not my decision, that’s far more important than me. I will not give them a shortlist.”

Guardiola admits the departure of Kompany, who has taken up a post as player manager at Anderlecht, will leave a void.

He said: “Vincent was an incredibly important player on and off the pitch. When he was fit, he was always ready on the pitch.

“He was a very important player, he made decisions for the team. He is still an incredible player. I’m looking forward to seeing him on the touchline and seeing how Anderlecht play with him.”