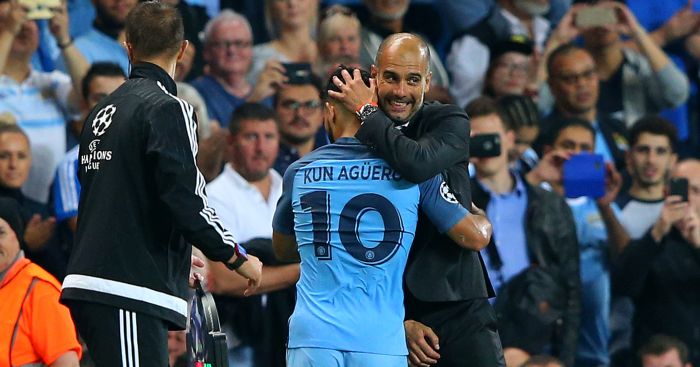 Pep Guardiola has warned football is going to “kill” players by demanding too much of them.

The Manchester City boss was speaking a day after FIFA president Gianni Infantino reported a plan to expand the World Cup finals to 48 teams from 2026 had been met with enthusiasm.

Guardiola is in favour of increasing the number of substitutes that can be used during games to give players more of an opportunity for a rest.

He said: “It’s not just English football, it’s all around the world. Now they talk about a World Cup of 48 teams – we are going to kill the players.

“FIFA will decide and we accept the decision and if we are not happy we go home. They are focusing on more and more and more – it affects the quality. I am thinking just for the players. They need to breathe, to (have a) break, to enjoy.

“This kind of thing is impossible because we are going to finish (the season), then after one week the World Cup then after three weeks we go to the pre-season, we go to China, the States, Australia. You play against Milan, Juventus, Madrid and you have to win, people demand you have to play good. No preparation then you come back and it’s 11 months again and it’s the European Cup.

“You do this for 10 or 12 years and we don’t think about the players. For that reason there has to be huge squads, more money for the clubs to spend.

“It’s just three substitutions now, why can you not make four, five or six? All the players are involved more than before, the coaches can use different tactics. Less injuries, more open games. Everything would be better. But okay, FIFA have another opinion.”

Guardiola has a depleted squad to choose from for Saturday’s Premier League clash with champions Leicester after Sergio Aguero, Fernandinho and Nicolas Otamendi all picked up suspensions during last weekend’s 3-1 loss to Chelsea.

Aguero must serve a four-match ban, his second lengthy disciplinary absence of the season, while Fernandinho will sit out three matches after being sent off in the melee that followed Aguero’s bad tackle on David Luiz.

Otamendi, meanwhile, collected his fifth yellow card of the season and sits out one match.

City and Chelsea were both charged with failing to control their players but Cesc Fabregas will face no action despite appearing to instigate the incident in which Fernandinho saw red by slapping the Brazilian on the cheek.

Guardiola said: “We have other players – we are not going to complain and say we didn’t win because Sergio is not here, or because Fernandinho is not here.

Despite Aguero’s talismanic status, City have a good record without the Argentinian and a back-up in Kelechi Iheanacho who scored his fifth goal in 14 games against Celtic on Tuesday.

Guardiola, though, may decide to play without an out-and-out striker, particularly with Raheem Sterling fit again.

The Catalan said of Iheanacho: “He’s our striker. The only one I have. Of course, he’s a player (who) should play but we have other options in the way we can play.”