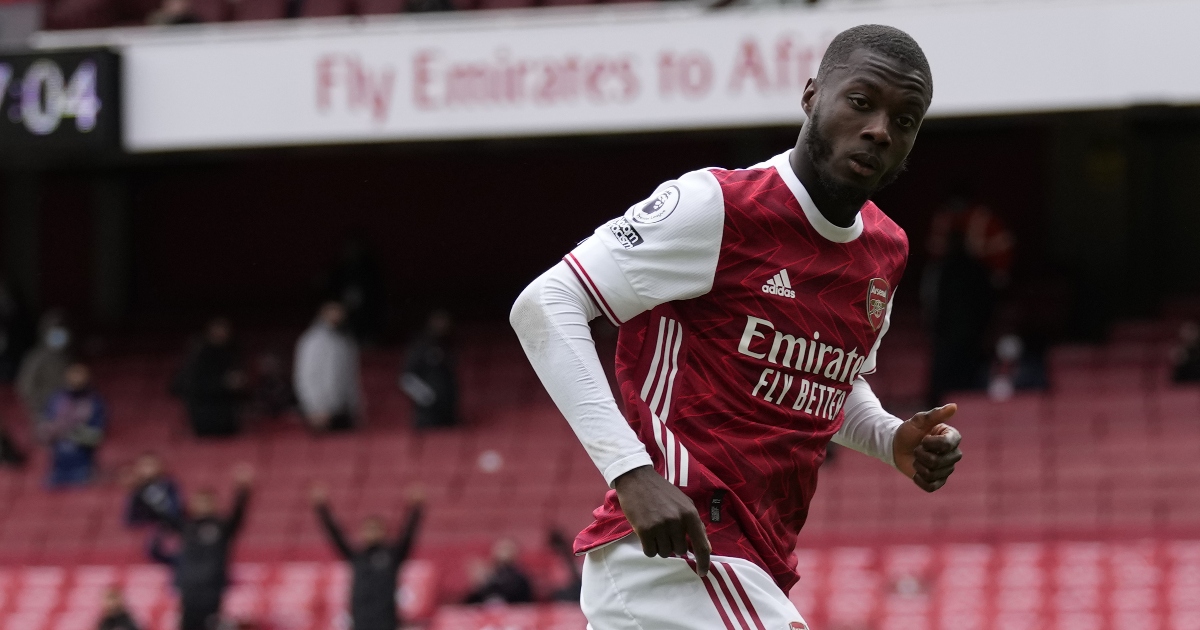 Arsenal winger Nicolas Pepe has said he is looking forward to welcoming fans back to the Emirates Stadium this weekend as the Gunners host Chelsea.

Sunday will be the first time in over 500 days that the Emirates has welcomed fans without any restrictions.

They started off the season in disappointing fashion – losing 2-0 away to Brentford.

They will look to bounce back at the earliest opportunity, but hosting the current European champions is no easy task.

And in an interview in Sunday’s matchday programme, Pepe spoke about Arsenal fans returning to the Emirates.

“Frankly, the difference with an empty stadium is that the match feels a bit dead. You can hear each other on the pitch but it’s the fans that really bring that 12th man. That’s what everyone misses,” he said.

“To be honest I played in a lot of empty stadiums before I turned pro, so it didn’t surprise me that much – but there isn’t anything that’s better about playing in an empty stadium than a full one. For me an empty stadium doesn’t have any positives.

“I tried to play the same in an empty stadium as I do when there are fans, but for me when you hear the crowd sing – especially if they call your name – it’s really emotional.

“It shows you the fans really care about you and it makes you really feel part of the club. It pushes you and when you hear them singing your name, it gives you an extra push. It really makes you want to score a goal and return the favour.”

The Ivorian also reflected on his younger years as an up and coming footballer.

He said: “As a kid I played mostly in and around Paris.

“We had trips to the 93rd department (an area to the northeast of Paris with a reputation for violence and drug trafficking) and everywhere.

“The first time I played in front of fans was really early. I was 12 years old. We went to play against Clichy-sous-Bois (in the eastern suburbs of Paris). The stadium was in the middle of the hood so the pitch was surrounded by guys from the estates.

“It was a great atmosphere because when you’re young you don’t realise that there were so many people there for a regional match. It was good though, I enjoyed it.”