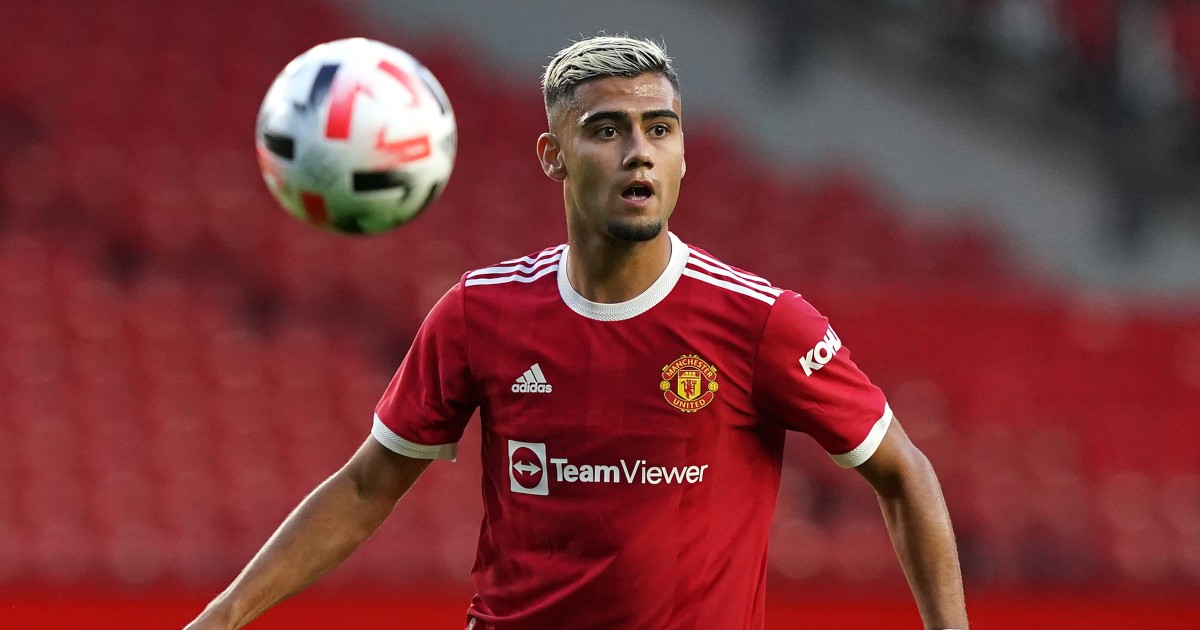 Manchester United midfielder Andreas Pereira is favourite to win the Ballon d’Or after scoring a lovely goal in pre-season.

The Brazilian staked his claim for a first-team place with a fine display in Manchester United’s third friendly of pre-season, a 2-2 draw against Premier League newcomers Brentford.

Pereira, who spent last campaign on loan at Lazio to the apparent frustration of Ole Gunnar Solskjaer, struck a wonderful volley in off the underside of the crossbar from around 25 yards at Old Trafford onWednesday.

We have more examples of pre-season stunners here.

The official Manchester United website remained calm, describing it as ‘one of the finest goals this grand old stadium has ever seen’.

The player himself declared it to be “my best goal”.

Speaking to MUTV, he added: “As soon as Jesse [Lingard] hit it, it came off the goalkeeper and I thought ‘I might have a chance here’ and as soon as I hit it, it felt good straight away.

“It was a nice feeling, having the fans back in and scoring the goal.”

Solskjaer was happy that the returning supporters were treated to such historic beauty.

“When they get pieces of magic like they had today I think they go home happy as well,” he said.

“That hit from Andreas was out of this world. I’m thinking, ‘take a touch’, but he’s skilful, he’s got technique and what a hit.

“We might actually just hand it out!” he added, referring to it as a goal of the season contender.

On the performance itself, Solskjaer saw enough reasons for optimism ahead of the upcoming season.

“I enjoyed the first half especially,” he said. “I thought we played some good combination play, we played through the lines. Of course they defended well inside their box but I thought some of the football was magnificent.

“It was a good goal by them as well, that hit by the way, but they didn’t have a lot else.

“I was very pleased with the first half. The second half was a bit more messy as it always will be in pre-season with loads of changes but it was a big step forward I felt.”