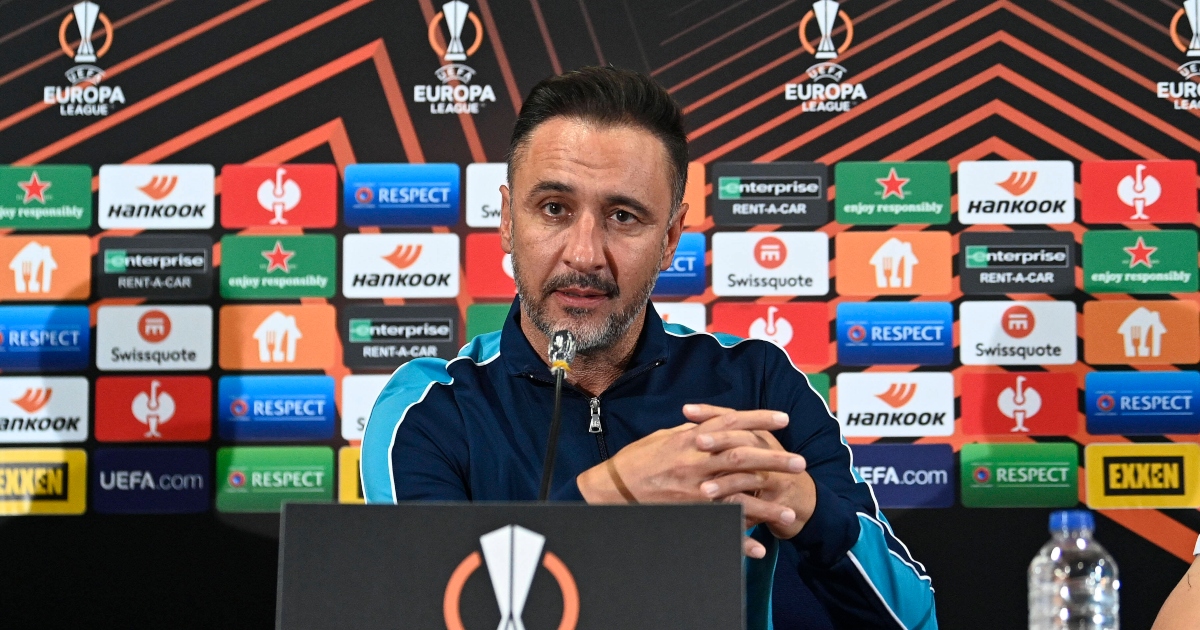 The Toffees’ search for a new boss took a bizarre twist when Pereira, who has emerged as owner Farhad Moshiri’s preferred option, appeared on live television to discuss his credentials.

The Portuguese has already had two interviews with Moshiri but said he did not know what the outcome was and that the “decision was the club’s”.

Only interesting thing about Pereira is the Everton reaction

Reports that Pereira was edging closer to replacing Rafael Benitez led to the message ‘Pereira out, Lampard in’ being painted on a wall at Goodison Park, a reference to previous Chelsea boss Frank Lampard who is also on the interview shortlist.

On whether the graffiti hurt him, the former Porto coach said on Sky Sports News: “Of course. This is the first time in my career I have seen this kind of thing, I’ve never had these comments about me.

“I think these critics are not directed at me. It is the environment now as the club is not in a good position and the supporters are passionate – and this passion is the power of the club.”

Pereira then spoke about his managerial credentials as well as revealing how he felt his interviews with the Everton hierarchy went.

The 53-year-old, who won back-to-back titles with Porto as well as a championship in Greece with Olympiacos but also got relegated with 1860 Munich, continued: “What I want to tell you is all of my career I work under pressure, I worked at clubs where we cannot draw one game.

👏 “I’m hoping Ferguson gets the opportunity for the rest of the season.”

🔵 “They need someone who gets the club, who’s passionate & deserves it. That’s Duncan Ferguson.”

Darren Ambrose calls for #EFC to give Duncan Ferguson the job until the end of the season pic.twitter.com/d6JjAnVAIu

“What I felt in the meetings was they were very positive with the interviews. I think they were enthusiastic what I proposed to them.

“I did my work and now the decision is not controlled by me. They have other candidates and this is a time for decisions. I just wait for the decision, be calm. I will move forward with my life and if they want me they must call me.”

Former Palace player Ambrose admits he was ‘surprised’ by the interview, whilst admitting it was “refreshing” to see.

“It was surprising,” Ambrose said on talkSPORT. “Unless he’s been told something or he knows he’s got that job, who’s allowed him to have this interview?

“It’s refreshing and honest from someone who doesn’t even know if they’ve got the job yet.

“We talk about Pereira, Porto and Olympiakos – he’s managed for a very long time, he’s experienced and clearly confident in his own ability.

“If he’s gone into the interview and expressed his passion for Everton, he will have impressed. But to go out and have this interview for 25 minutes, it’s shocking.”