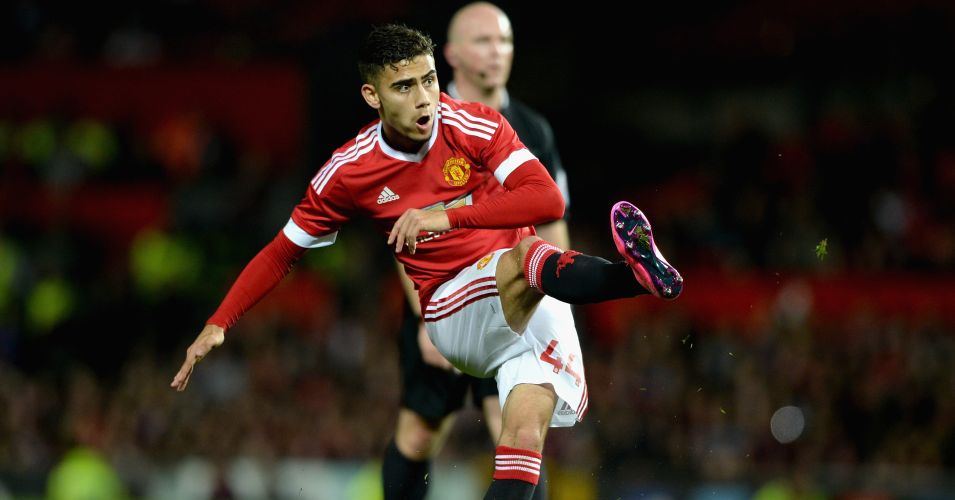 Andreas Pereira says he is willing to stay and battle for his place at Manchester United, adding that Louis van Gaal likes his ‘fighting’ qualities.

Brazilian midfielder Pereira is highly rated among the United ranks, having joined the club from Dutch side PSV in 2011.

Pereira made his debut for the Red Devils last season, making two substitute appearances in the Premier League and Capital One Cup. The 19-year-old was then handed his first start for the club in this season’s Capital One Cup, while he has also played in the Champions League as Louis van Gaal hands him more first team opportunities.

Pereira says he is happy to battle for a place at United, and is willing to go out on loan for experience if needs be.

“My goal is to stay here, to try and win my place at United,” Pereira told Trivela.

“But if I happen to have the option to go out on loan and do what Januzaj is doing and gain experience in another team, no problem, I will.

“I’m working hard, giving my best. I’m waiting for the right moment. I have to be patient.”

Speaking to Brazilian new outlet UOL, Pereira added that Van Gaal is a fan of his “fighter” qualities.

“United are a massive club and to be part of it is an honour,” Pereira said. “The Premier League is very competitive, the English are very passionate about football. It’s a challenge to be here, and today I am more adapted to the style.

“My background is in Dutch football. Between ourselves [he and Van Gaal] we speak Dutch. I think it helps. But I’m a fighter and he maybe he likes that profile.”

Pereira also discussed his friends within the Old Trafford set-up, and says that a conversation with former United great Cristiano Ronaldo convinced him to stay at the club despite struggling to adapt.

“I get along with people in general,” he said. “I am friends with Juan Mata and Ander Herrera. I was also very close with Falcao.

“I’m a Cristiano Ronaldo fan and once I got to talk to him. He told me to grow in Manchester, to train very hard, to be relentless. That was the advice he gave me. Training every day, sometimes even on days off.

“Manchester is a difficult city to adapt to. It rains a lot, it’s cold. In the Netherlands it also did, but it’s different. The food is also complicated. But my mother is now living here, and that helps a lot.”