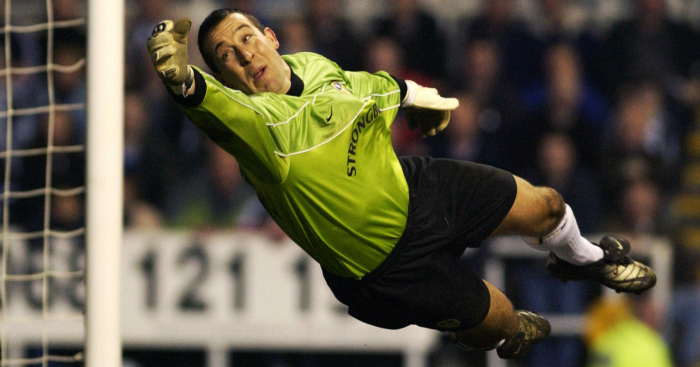 There’s a lot to love about Cornwall. Its awe-inspiring coasts, great pasties and the Eden project are obvious examples, but it would certainly be a stretch to describe Cornwall as a hotbed of footballing prowess. The sport’s influence in the county is often stymied by its small population, its off-putting inaccessibility and the fact that the region’s biggest club, Truro City FC, currently reside in the National League South, the sixth tier of English football.

Given the state of Cornish Football, it’s hard to imagine the likes of Lionel Messi or Neymar making the trip along the South West Coast Path, but Cornwall can look forward to some form of international football after the Confederation of Independent Football Associations (CONIFA) confirmed that it had approved its membership status.

CONIFA represents regions with a strong cultural identity, such as Cornwall, without nation status, leaving them ineligible for FIFA Membership. In becoming a part of the organisation, the coastal county joins the likes of Northern Cyprus, Tibet, current CONIFA World Cup Champions Kárpátalja (a region in the Ukraine) and fellow new member Yorkshire, who were announced last month.

Despite not necessarily being the most obvious area for football to thrive, there are occasions where Cornish players have still broken through to the big time. Here’s a selection of five Cornishmen who would have made – or still might make – welcome additions to a Cornish team.

Nigel Martyn
Big Nige probably stands aloft as Cornwall#s most famous footballer, and a sure-fire contender for one of its most recognisable sporting sons.

Born in St Austell, the goalkeeper enjoyed successful spells at top-flight clubs including Leeds, Everton and Crystal Palace, who notably made him the first goalkeeper signed for £1million. The shot-stopper also picked up 23 caps for England, and would surely have added more if it weren’t for a certain David Seaman.

His connection to Cornwall is still evident though, after he famously turned out for amateur Cornish sides Heavy Transport F.C, Bugle and St Blazey, before supposedly being discovered by a holidaying Bristol Rovers Tea Lady at the age of 17.

Even ten years ago, Etherington was a decidedly old-school throw-back style winger, and after being spotted playing for Camborne Lions as a youngster, eventually found himself successfully hugging Upton Park’s left touchline. After his time at West Ham finished he went on to become an integral part of Tony Pulis’s Stoke, thanks to his dangerous delivery in the land of giants.

Chris Morris
Despite Martyn’s caps for England, Chris Morris remains the only Cornish player to ever play at a World Cup after the Newquay striker appeared at Italia ’90 for the Republic of Ireland. This wasn’t even Morris’s first international tournament however: after impressing at Celtic, he graced Euro ’88, playing in a famous 1-0 victory over England. It was a feat no doubt enjoyed by many Cornish republicans.

After retiring, he returned home to help his father run the family business making – believe it or not – Cornish pasties. Morris’s dad was originally a butcher, and together the pair turned Morris Pasties into a Cornish franchise. Morris did later return to football though, and now helps the FA tutor Cornish coaches.

Mike Trebilcock
Another winger, this time born in the village of Gunnislake, Mike Trebilcock’s career highlight would undoubtedly be scoring twice in Everton’s 1966 FA Cup Final win, becoming the first black player to score in an FA Cup final in the process. It was a monumental achievement for the young player, who was a surprise selection on the day.

Yet despite these highs, Trebilcock unfortunately found himself unable to establish himself in the Everton side. After only 11 league games for the Toffees he was sold to Portsmouth, before enjoying brief spells at Torquay United and Weymouth and eventually emigrating to Australia.

Jack Stephens
Current Cornish hopes for Premier League representation rest entirely on the shoulders of Southampton’s young defender Jack Stephens. Born in Torpoint, the centre-half began his career at Plymouth Argyle, before finding a home at St Andrews. Now 24, the defender has appeared eight times for the England U21s team but is yet to feature for the senior team.

Southampton have seemingly developed a taste for selling centre-halves in recent seasons so Stephens has been able to enjoy a decent amount of game time. He made 22 Premier League appearances last season but, despite showing a great deal of promise in a struggling team, has failed to establish himself. Maybe he won’t be too busy should Cornwall require his services.