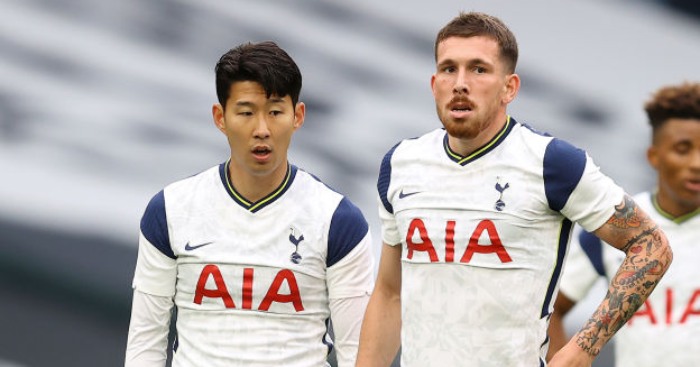 Yes, Newcastle United’s Karl Darlow. We were surprised too. But he has saved 19 of the 24 on-target shots he has faced to give him a 79.2% save percentage. Which is world class and so he absolutely should be playing for England this weekend. For the record, Jordan Pickford has a 61.5% save percentage, which is defiantly mid-table.

The other contender for this position is Emiliano Martinez (75%), but that pair are way, way ahead of the rest, with the much-vaunted Alisson (55.6%) actually performing worse than Pickford and just about everyone else. Because this season is brilliant.

Karl Darlow made 11 saves today vs Tottenham, the highest total in a Premier League match since Krul vs Tottenham in 2013 (14)! 🧤 #NUFC pic.twitter.com/sHlaltUHfx

Back in January, Will Ford argued on this site that Reece James might well be the perfect mix of Aaron Wan-Bissaka and Trent Alexander-Arnold and by golly, it looks like he might be right. The Chelsea full-back is behind only Luke Ayling and Matty Cash in the tackle stakes – though his total of three successful tackles a game owes a great deal to him being forced into rather a lot of tackles every game – and he is also creating more chances than any right-back barring West Ham’s Ryan Fredericks.

It’s at this point that we realise that we should have made this rather more complex than simply ‘pass completion’ as we are not sure that Ream fits into any Premier League XI at all, and that includes Fulham’s. If only the massive American had misplaced a few more passes on the way to letting in seven goals in three games; then we could have included Everton’s Yerry Mina or Arsenal’s Gabriel and everyone would have been happy. Well, everyone but Ream, who deserves this very small nod on the way to losing his place in this Fulham side.

Aston Villa have started the season at a bloody canter and nobody is more surprised than us. But while Jack Grealish and Ollie Watkins have been grabbing most of the headlines, Mings has been quietly clearing and heading the ball to keep the opposition at bay, notching clean sheets against Sheffield United and Fulham and then largely keeping Liverpool’s strike force quiet last weekend.

He is ahead of the pack when it comes to clearances (though only because Victor Lindelof was dropped ahead of Manchester United’s capitulation against Tottenham) and not too far behind Willy Boly when it comes to winning aerial duels. On his head, son.

There are left-backs who tackle more than Digne (Stuart Dallas, Tyrick Mitchell, Enda Stevens, Solly March) but there are no left-backs who create more chances than the Frenchman – two per game, putting him in the Trent Alexander-Arnold bracket.

Everton have done some pretty terrible transfer business over the last decade, but signing Digne from Barcelona for around £18m has been one of the glorious exceptions. And now he gets to glory in some left-sided link play with James Rodriguez and Richarlison. Dang, Everton are sexy.

In the absence of Wilfred Ndidi, there’s a new/old kid in town with McArthur the king of the midfield dirty work. He has come away with the ball 16 times from 20 tackles (Pierre-Emile Højbjerg is nine from 18, for context) and chipped in with ten interceptions as Crystal Palace started the season at a sprint (before falling over the next two hurdles).

There were two players close to McArthur’s total – Leeds’ Kalvin Phillips and Chelsea’s N’Golo Kante – but the place goes to the legitimate Palace legend.

James McArthur since joining #CPFC in the Premier League:

This is not about pass completion but about desire to get on the ball and make passes. We were quite surprised to see Højbjerg on top of this list but it’s quite easily explained when you consider he attempted over 100 passes against Manchester United, the vast majority of which came when the opposition were reduced to ten men. He also attempted over 100 passes against Newcastle United, simply because they really did not want the ball.

So we would expect his average numbers to drop over the season, with Tom Cairney, Granit Xhaka, Youri Tielemans and Rodri more obvious choices for this position.

Same as it ever was. It’s a new season and Manchester City have started that new season in pretty terrible form, and yet De Bruyne is creating 4.7 chances per 90 minutes, putting him ahead of Son Heung-min (3.9) by some distance. He was phenomenal against Wolves in City’s opening game, scoring one goal and making another. He was somewhere short of phenomenal against Leeds and yet still makes this team at a canter.

Criteria: Shots on target and dribbles

His shots-on-target statistics are dwarfed by those of Son, Salah and Sadio Mane, but he simply knows how to beat players. Alongside Dominic Calvert-Lewin and James Rodriguez, he has been extraordinary.

Most successful dribbles in the Premier League this weekend

🚰 Something in the water on Merseyside… pic.twitter.com/O0JcjdU0SU

What a season so far for Son, who has produced either a shot on target or a key pass six times in every game, which has reaped six goals and an assist in a season which has surprisingly cast Tottenham as The Entertainers. He is simply irresistible when he is in this kind of form.

Liverpool pair Salah and Mane were both strong contenders for this position – as were Bruno ‘penalties’ Fernandes and James Rodriguez – but it’s Son who has delivered so far this season.

Harry Kane (11) and Son Heung-Min (13) have created more chances combined (24) than the entire Arsenal team (23) in the Premier League this season. pic.twitter.com/ad1ZGUfSvJ