Home F365 Says Is this the perfect summer for nouveau riche Newcastle? 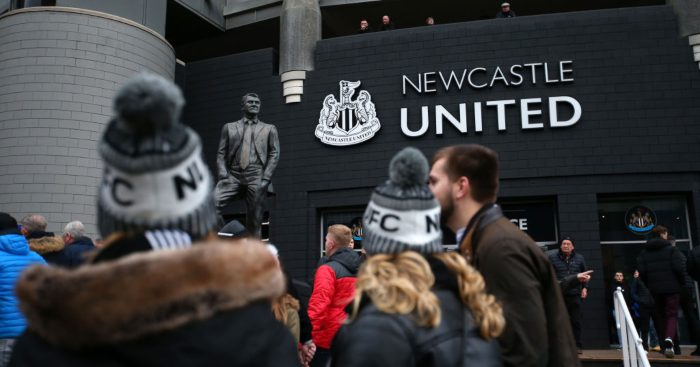 “An agent was telling me the other day, that there are actually only three clubs in the Premier League who will be able to spend money next summer in the transfer window,” said Damien Commolli last month. A week later one newspaper was reporting that ‘agents have been made aware that Chelsea, Liverpool, Manchester City and United will be in a position to bring in star signings’.

Three became four, but should four actually become five? And that fifth club could actually be in a position to spend more than half that powerful quartet (Liverpool have reportedly stalled on the signing of Timo Werner, for example) with football finance expert Kieran Maguire calculating that Newcastle could spend £150m on transfers – and pay competitive wages – and still not fall foul of FFP.

In a bizarre twist, Mike Ashley’s parsimony might actually benefit Newcastle as clubs are allowed to lose a certain amount of money (£105m) over a three-year period. Ashley has certainly not gained any popularity but he has somehow managed to post profits in recent seasons so Newcastle’s new owners would inherit a great deal of wriggle room. Ashley may have been an unhealthy owner but this is not an unhealthy club.

Should the Newcastle takeover go through – moral reservations will not stop this in its tracks, only add to the noise – then Newcastle will be in a position to outspend almost all of the Premier League. That potential £150m would have placed them among the highest spenders last summer, so what power will it wield in a transfer window when even the richest are baulking at what had become the going rate? If there is a re-set of the transfer market, Newcastle could become kings of the castle with their new money and old ideas.

“I would say we’ll see a trend in big clubs signing young players. I cannot see clubs spending money on players being over 25 or 26,” said Commolli on Sky Sports, the same channel which trumpeted just hours later on Wednesday that a newly-minted Newcastle would be interested in signing the 28-year-old Kalidou Koulibaly for £70m. While other clubs are planning for the next five years, Newcastle need only concern themselves with the next two; the target of following Leicester through the glass ceiling will be made a whole lot easier with that calibre of player. Especially if they get a matching calibre of manager. Once through, the Champions League offers access to more riches.

There are very few winners from a pandemic which has left a football-less spring as one of its least important consequences but among those few will be Ashley, receiving £300m at a time when the value of football clubs is depreciating by the second, and the new owners, who will be bringing cash to a sport which has never been so desperate for said cash. That way lies opportunity.

“If they’re brave owners, now is the time to go for it,” says Graeme Souness. “You can cherry-pick even the best players from our big clubs. I’m thinking Chelsea, Man City, who have very rich owners.”

And we’re thinking your old club Newcastle, Graeme. They are soon to have very rich owners indeed.