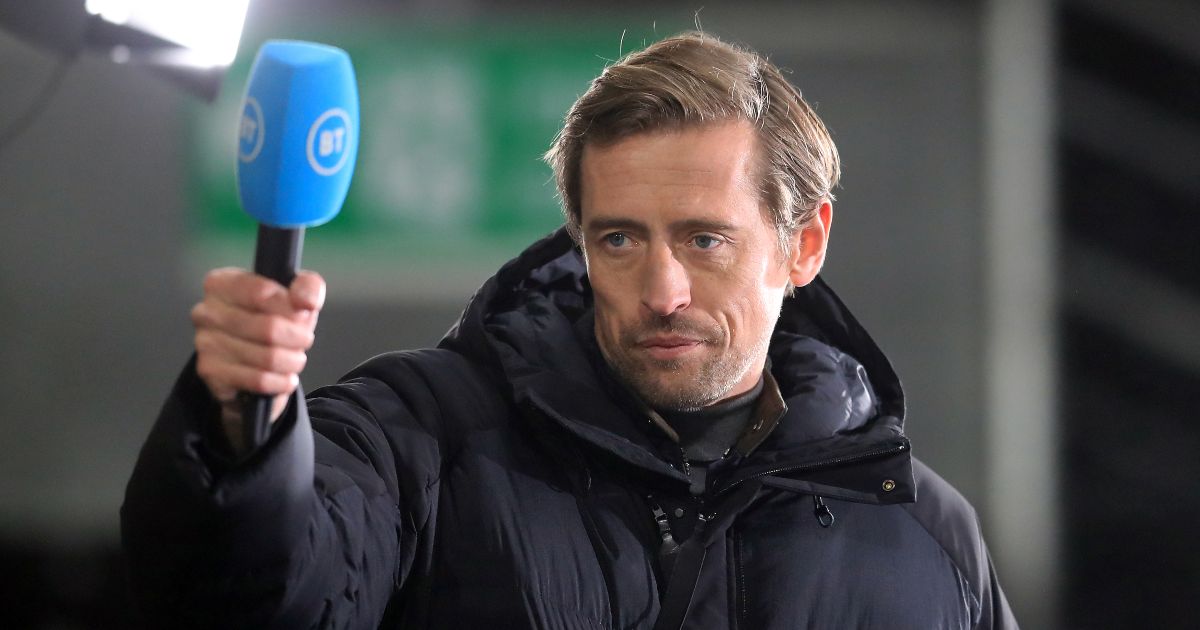 Peter Crouch thinks Liverpool will beat Real Madrid in their Champions League quarter-final and isn’t “writing them off” winning the competition.

The Reds have had a terrible season in the Premier League with Jurgen Klopp’s men currently sitting seventh, five points off fourth-placed Chelsea.

However, they look a different proposition in Europe, recently beating RB Leipzig 4-0 on aggregate in their last-16 clash.

And Crouch reckons it would take a “brave man to say” Liverpool can’t win the Champions League this season.

Crouch told the Daily Mail: “I’m not writing them off. That side of the draw is the most inviting and I would hope — and expect —Liverpool have enough to take care of Real Madrid.

“They are not what they were and even accounting for Liverpool’s problems this season, I see them getting through.

“I’d also expect Chelsea to get past Porto and then you are looking at a re-run of 2005, 2007 and 2008 — three incredible occasions. The Anfield semi-final in 2007 remains the greatest atmosphere I ever played in. What an unbelievable night it was.

“Manchester City and Bayern Munich are the teams to beat but one of them will be gone before the final, maybe even both if things click for Paris Saint-Germain.

“It’s also going to be intriguing to see how City handle Erling Haaland. I love watching the way he runs over defenders.

“This is the stage of the competition when it really hots up and funny things happen when Liverpool are in Europe. For all the players who are missing and the issues they have faced, you would be a brave man to say they cannot do it.”

Reacting to the draw on Friday, Klopp said how excited he was to be facing Real Madrid.

Klopp told the club’s official website: “It’s exciting, exciting. It’s obviously a tough draw but I am fine with it because if you look at all the other teams you think, ‘Oh my god’ because they are all strong and all have quality, that’s clear. I am really looking forward to the games.

“It’s only just over two years ago that we faced them and it was a tough night for us, so to get the chance to play them again is cool.

“I know it’s a different round and whatever and we don’t know where we will play and stuff like this, but that’s all OK. If it will be Budapest, that’s fine. We are fine with that. The home game maybe hopefully at Anfield, that would be great as well.