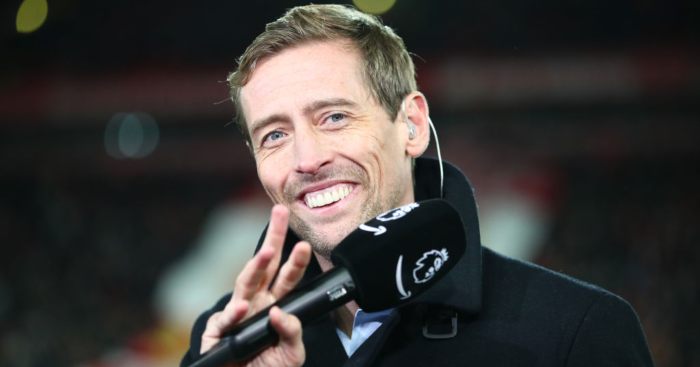 Peter Crouch thinks Man Utd, Chelsea and Man City have the capabilities to challenge Liverpool for the Premier League title next season.

After missing out to City by a point last season, European champions Liverpool have been dominant this term, securing the title with a record seven games to spare.

It will be a difficult task to retain their title next campaign with City likely to spend in the summer as they look to belatedly replace Vincent Kompany.

Chelsea have already signed Hakim Ziyech and Timo Werner for next season and could continue spending, while Man Utd look to have improved under Ole Gunnar Solskjaer over the last six months.

“It may sound obvious but the threat from Manchester City will be huge,” Crouch wrote in his Daily Mail column.

“I saw John Stones said City’s dressing room still believe they have been the best team this season and I can understand why he’s said it — the way they attack is just beautiful to watch.

“But Stones is wrong. Liverpool are deservedly 23 points clear and I think that gap gives you an idea of the magnitude of their achievement.

“The gap will close over the 12 next months. Chelsea will be exciting and I’m eager to see how Hakim Ziyech and Timo Werner bed in.

“I’m watching Manchester United at the moment and, my God, how good does Mason Greenwood look?

“Rio Ferdinand had been telling us about Greenwood for quite a while but to see him sparkle has been one of the highlights of the restart. There is plenty to get excited about next season — but Liverpool remain the team to beat.”