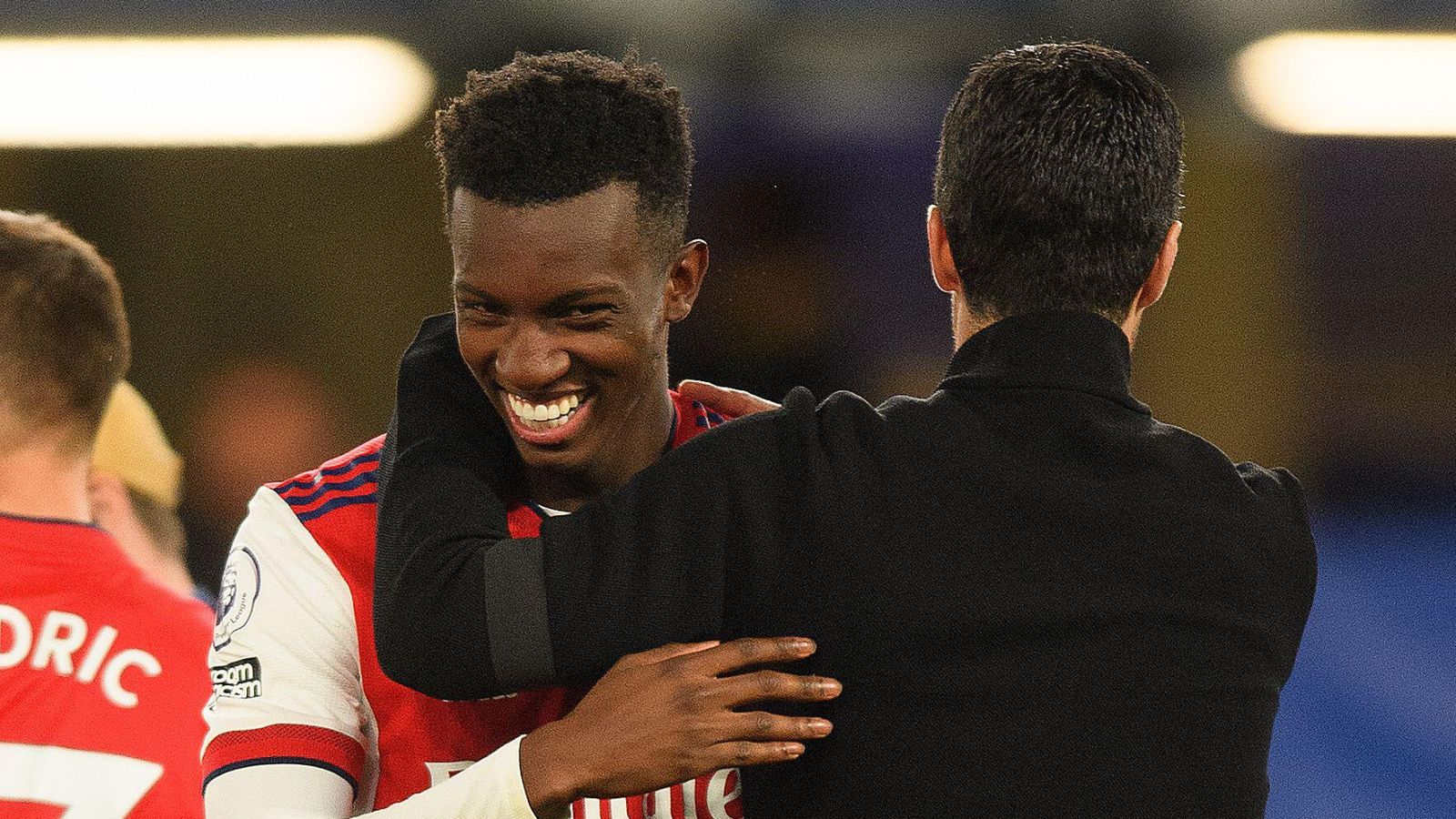 Emmanuel Petit has urged Arsenal to keep Eddie Nketiah at the club, but admits his former club should also be chasing a “different kind of striker”.

Nketiah’s current Gunners deal expires at the end of the season and has looked destined for the Emirates exit, with a number of Premier League clubs interested.

READ MORE: De Bruyne is de leader of Premier League winners and losers as Leeds get both barrels

But the 22-year-old has started and impressed for Mikel Arteta’s side in recent weeks and Petit believes the club must try and keep him.

“He has to stay!” Petit told the Metro. “He’s playing with anger. He was asking for more game time, and he’s taken the responsibility on the pitch and scored important goals.

“Nketiah is a young talented player with a big motivation to become a star, which means if he can follow the steps of [Gabriel] Martinelli, [Emile] Smith Rowe and [Bukayo] Saka that would be a very good thing for him and for Arsenal, but I definitely want him to stay at Arsenal.

“It’s probably the case that Lacazette will leave the club at the end of the season. But even with Lacazette and Nketiah in the team, Arsenal need a very top striker who can score at least 20 – 25 goals during the season, to compete in the Premier League.

“I want Arsenal to buy a different kind of striker. What Arsenal need desperately up front, and this includes on the wings, is speed players. Don’t be mistaken, modern football is about speed. Everything is speed, the pressing, the playing, everything.

“They need to bring speed up front. Martinelli is a very quick player, Saka as well on the right-hand side but up-front Lacazette is not a speed player and Nketiah can be fast, but they definitely need a different kind of profile of player.”

Arsenal have been linked with former Chelsea striker Tammy Abraham, who has scored 24 goals in 49 games this season under Jose Mourinho for Roma.

And Petit admitted that he’s a fan, saying: “So which kind of player should they sign? I really like Tammy Abraham.

“What he’s doing at Roma in Italy and if they can bring him back to England he will be back in London with the feeling of revenge, and for me it’s very important to have that extra motivation.”