Home All The News Petit: Arsenal’s problem is clearly ‘mental’ 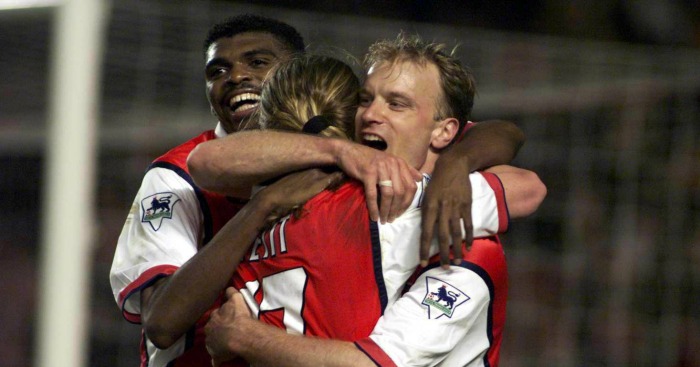 Arsenal’s former Premier League winner Emmanuel Petit claims that a lot of the Gunners’ players “give up on the pitch” – and that’s why they are not on course to win the title.

Frenchman Petit was one of Arsene Wenger’s first signings as Arsenal manager and he won the Premier League and FA Cup alongside players like Dennis Bergkamp, Thierry Henry and Patrick Vieira.

“I think Arsenal has been missing something for ages, it’s mental,” he said. “They’ve got great players and the way they used to play, for me is one of the best in Europe. But playing well on the pitch doesn’t mean you’re going to win the title.

“You can play badly as well but you win the game. One thing that’s wrong with Arsenal is that you can see a lot of the players give up on the pitch. Mentally, I think they need to improve a lot but in terms of quality they have everything to win the title.

“I think Arsene has done a great job in the 20 years he has been there and I respect this very highly, but when you look at the title they won it was because they had great leaders in the team.

“They have great players but they are missing leaders and personality. If you want to win things, then you need to suffer.”

Petit has suggested that Wenger ‘move upstairs’ into a Director of Football role and allow one of his former players to take over.

“I am pretty sure he has to stay at the club but maybe it’s time for him to open the door for something else as well. When I look at the former players from Arsenal, how many of them have their badges to manage a team?” he asks.

“Dennis Bergkamp, Tony Adams, Patrick Vieira, many, many great players, they have their own statue in front of the stadium. I think Arsene… it’s good to share the place with someone else and try to open the door to the former players.”