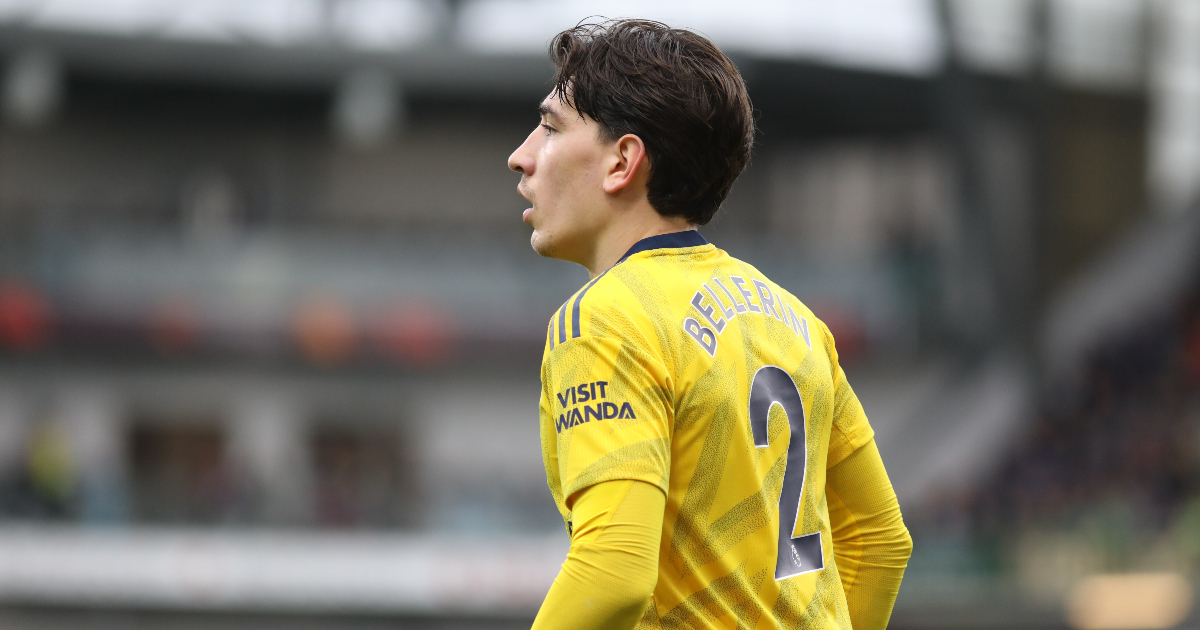 Former Arsenal midfielder Emmanuel Petit has said that Hector Bellerin needs to “move on” from the club this summer.

Bellerin broke into the first team back in 2014 and has been first-choice right-back since, going on to make 239 appearances for the Gunners.

The Spaniard has been heavily linked with a move away from north London this summer and Inter Milan could take him on loan after Achraf Hakimi’s departure to Paris Saint-Germain.

Clive Tyldesley: In Gareth we trust so let the bandwagon be jumped

Petit has had his say on the defender, telling Paddy Power: “It’s time for Hector Bellerin to move on from Arsenal.

“He’s been at the club for eight years and hasn’t really improved a lot. So it’s time for him to leave.

“He’s been linked in recent months with Paris Saint-Germain and maybe he was hoping to go there, but they’ve just signed Achraf Hakimi. I’m pretty sure that in his mind he wanted to get an option to leave the club, so for me it’s time for him to look elsewhere.”

Bellerin has previously been linked with a move to Atletico, in a transfer which would see Kieran Trippier go in the other direction.

But according to Italian outlet Gazzetta dello Sport (via Goal), Inter is one potential destination for Bellerin.

The Gunners want €25million (£21m) for Bellerin’s services so they can find an effective replacement in the transfer window.

However, that asking price could put off the reigning Serie A champions. The report goes on to state that they’re considering cheaper alternatives, such as Chelsea’s Italian defender Davide Zappacosta.

He’s valued at around €10m by the Blues and shouldn’t be too hard to tempt into a move.

The player was shipped out to Genoa on loan in 2020/21 after falling down the pecking order at Stamford Bridge.