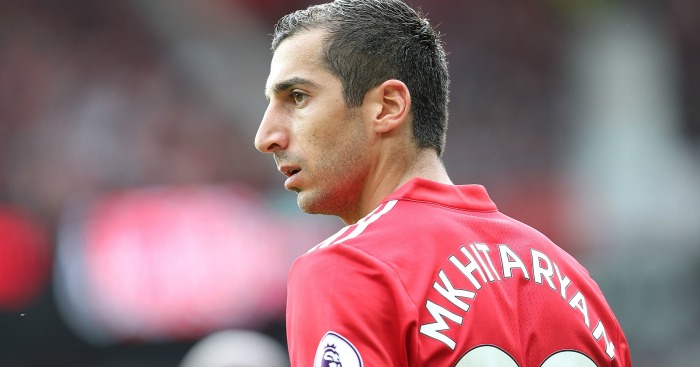 Mkhitaryan looks set to complete a move to the Emirates in exchange for Alexis Sanchez, who will move to Old Trafford six months before his contract at the Emirates expires.

Petit, who won the Double with Arsenal in 1998 and the World Cup with France in the same year, doubts whether Mkhitaryan is mentally strong enough to help take the Gunners to the next level.

“Since he signed for United, he hasn’t been involved enough, and I’m not sure he has a winning mentality,” he told Paddy Power.

“Sometimes he reminds me of Mesut Ozil – you really have to push him to show his character, and put him under pressure to display his best qualities.

“There’s no doubt he has great skill, but I’m not sure he’s the kind of footballer Arsenal need. They should be focused on other positions.”

Arsenal have also been linked with moves for Bordeaux winger Malcom and Pierre-Emerick Aubameyang, who has been left out of the Borussia Dortmund squad this weekend because of the transfer speculation.

Petit doubts whether either player is of the requisite quality.

“I wonder about the quality of players Arsenal have been signing. They’re struggling to bring in top-quality players, and to keep the ones they have. It has been like this for a long time.

“They must be more competitive on the market – times have changed since I left. There has been a lot of speculation about the likes of Pierre-Emerick Aubameyang and Malcom coming in – but Arsenal should be aiming higher.