Home All The News Petit: Pissed-off Pogba will prove a point 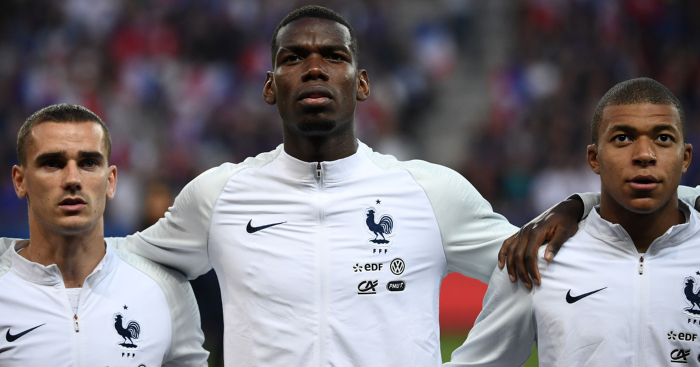 Emmanuel Petit has told Paul Pogba to channel all his frustration towards France’s World Cup campaign.

The Manchester United midfielder has had a frustrating season at club level, with Jose Mourinho dropping the underperforming record signing to the bench on a couple of occasions.

World Cup winner Petit believes Pogba’s struggles for United could benefit France if it motivates the 25-year-old to prove a point.

“I want to see that Pogba, with the mindset that he is against the world, when he has no option but to show to the rest of the world that he has the potential to be one of the best in his position,” Petit told Paddy Power.

“He thrives on anger sometimes and I want that Pogba. I wish we could have Pogba like this every game.

“Every time he is angry, every time he has this anger inside of him and he wants to show people are wrong – I know I want this guy.”