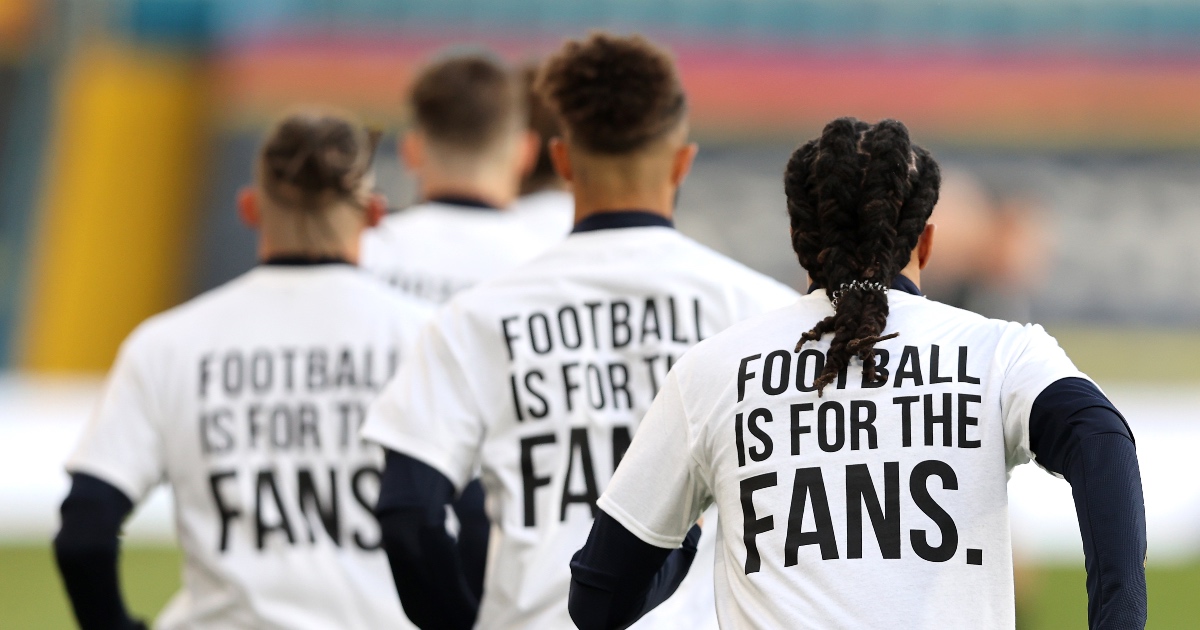 Gordon Taylor, the outgoing chief executive of the Professional Footballers’ Association, has praised the role of players in derailing the breakaway European Super League project.

The Premier League’s ‘Big Six’ were involved in the plans to form a new European competition.

It would have had a catastrophic impact on the Champions League and sent domestic leagues into turmoil.

Players and fans came together last week to oppose the idea. Liverpool captain Jordan Henderson said on social media: “We don’t like it and we don’t want it to happen. This is our collective position.

“Our commitment to this football club and its supporters is absolute and unconditional.”

In an interview, team-mate James Milner became one of the first to publicly renounce the Super League. He was joined by City midfielder Ilkay Gundogan in opposing it.

Players from other clubs outside the so-called ‘Big Six’ also played a role, with Leeds notably wearing T-shirts in opposition while warming up for their match against Liverpool a day after the plans were made public.

“Above all they have shown how much they care about supporters,” Taylor said.

Taylor also criticised the new Champions League format, which will see the competition increase from 32 to 36 teams from the 2024/25 season, with a new-look group stage that will see all teams play at least 10 fixtures.

“They (UEFA) keep going to the well for more and more games and looking at quantity rather than quality,” he added.

“We do need to be mindful of the health and safety of our players because, even though we’ve made massive improvements with regard to medicine and science and sport science, it is still only an average eight-year career because of the intensity of the competition.”

His reaction was similar to that of Chelsea manager Thomas Tuchel, who said it was ‘hard to get excited’ about the added games.

Ahead of the Blues’ Champions League semi-final with Real Madrid, the German said: “All these discussions about Super League made (everyone) forget that we have now a new format of Champions League very soon.

“Did they ask any player about it? I don’t think so.

“I’m not sure if I like it because I can only see more games out of it. And more games in a schedule that we have… it’s very hard for me to be excited at all.”