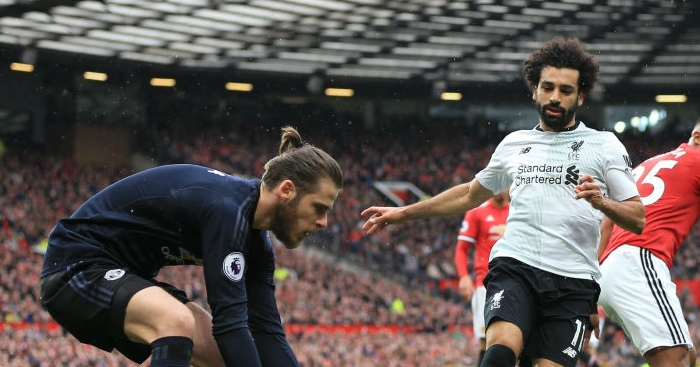 The PFA have revealed their 2017/18 Premier League Team of the Year – and Sergio Aguero is finally in it.

Aguero has been named in the Team of the Year for the first time in his career, which feels unfathomable for a striker who has been brilliant since joining Manchester City in 2011.

He is joined by four of his title-winning Manchester City teammates, with Kevin de Bruyne and David Silva worthy of their places in midfield.

The selection of Nicolas Otamendi is sure to raise a few eyebrows, and he is joined at centre-half by Jan Vertonghen.

The Belgium international is one of three Tottenham players in the XI, with Harry Kane taking his place alongside Mohamed Salah and Aguero up front. The three top scorers as strikers? Mental.

Christian Eriksen slots into a midfield three, while Kyle Walker and Marcos Alonso fly the flag in this most underwhelming season of full-backing.

Second-placed Manchester United and third-placed Liverpool have just one player each in the selection: David de Gea and Salah. Cute.

Johnny Nic on doping: Paranoia about drugs in sport is ridiculous (Tennis365)

Anthony Martial: Jose might not miss him, but his successor definitely would (Planet Football)