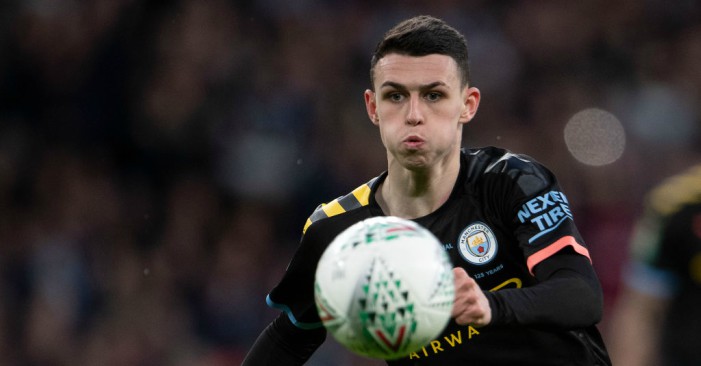 The well-worn argument goes that Phil Foden is not playing enough football for his club to justify an England call-up, but when that club is among the best in the world then surely the parameters have to shift. Every minute played for Liverpool or Manchester City is now worth three or four playing for Aston Villa or West Ham. Scratch that: every minute Foden spent on the bench watching a masterclass from Manchester City in Madrid might be worth a minute playing for a club batting relegation.

At almost any other club in the Premier League, Foden would already be first choice and already an England international. His talent would have demanded it. It’s certainly rare but playing for a big club has actually worked against Foden; it might actually be a first.

We would fully advocate Pep Guardiola starting Foden in every remaining, largely pointless Premier League game to force Gareth Southgate to make his own decision rather than participate in this ‘after you; no, after you’ charade, but that seems highly unlikely. And it is absolutely not Guardiola’s responsibility to show Southgate what we suspect he already knows: that Foden is ready to play a role for England just as he is ready to play a role for City. That his name is not above the title at City should be immaterial.

Phil Foden is given the worst Pep Guardiola advice ever…

Over the last 12 months, Southgate has called up Callum Hudson-Odoi before he had started a single Premier League game and Fikayo Tomori after just a handful of matches for Chelsea. Before that, Mount was summoned even before he had pulled on a Chelsea shirt for the first time. Were Foden of a more outspoken nature, he might question why he is being held to different standards as those in west London. Particularly as he can point to eight domestic winner’s medals before his 20th birthday.

Some of those medals owed little to the efforts of Foden himself, but Sunday was different. Sunday provided a stage. Sunday cast him in direct opposition with Grealish and the Stockport teenager celebrated victory and his man-of-the-match award with his teammates as the Aston Villa captain collapsed on the pitch after 90 minutes chasing shadows and dreams. Southgate’s assistant Steve Holland watched that game and could not have emerged with any other advice but to judge Foden on his extraordinary ability rather than his two Premier League starts this season.

That advice appears to have been heeded, with the Daily Telegraph reporting on Tuesday that he is set for his first England call-up, though we have been here before and then seen Foden’s name on the Under-21 list instead. The timing might work against him – coming as it does just three months before a major tournament under a naturally cautious manager – but the message should still be clear: England do not have to wait for Manchester City.