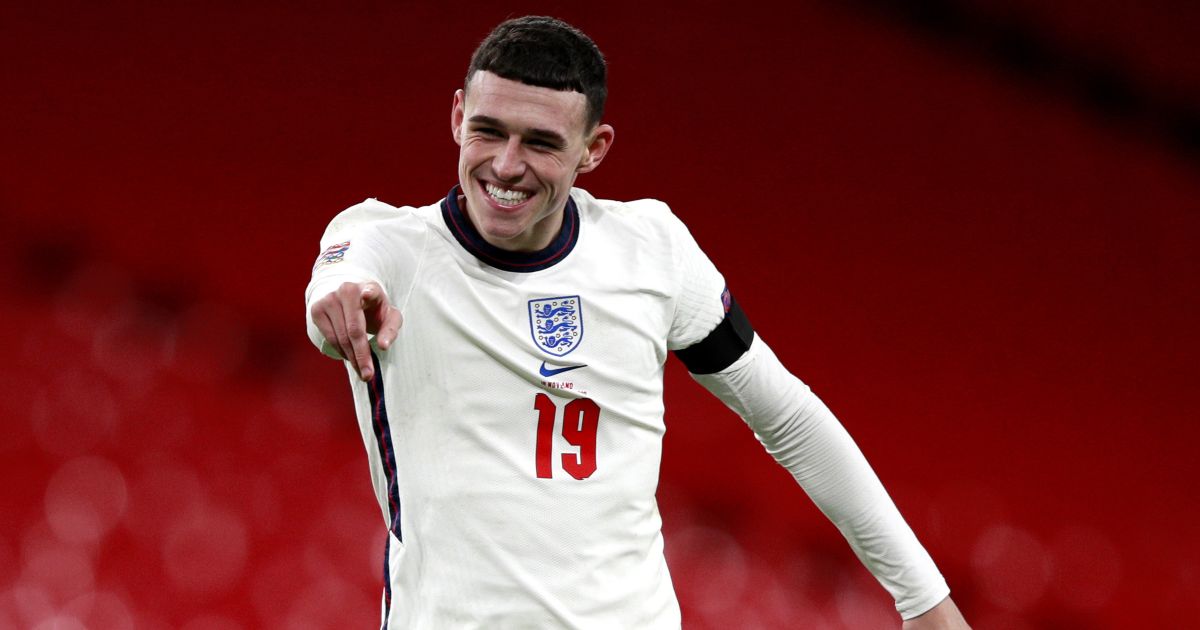 Can we now stop the ludicrous worry about Phil Foden and just enjoy him for the next decade or more? He is a generational talent.

‘Foden feels like the canary down England’s mine. If this wonderful product of England DNA, a footballer of continental style and technique in a role where England have few options, cannot make it at a big club, can we have confidence that anyone will?’

That was Daniel Storey being Daniel Storey in September 2018, worrying about England’s young players after Gareth Southgate resisted calls to begin his post-World Cup era with a clean, fresh slate and a whole raft of new call-ups. Foden was barely 18 and had played just 411 minutes of senior football and yet this was the start of a two-year-long at-times-ridiculous discussion about whether a player emerging as a true generational talent would be strangled by one of the greatest football coaches in the history of the game.

The truth is that Guardiola has managed him magnificently, giving him 328, 1107 and then 1740 minutes before his 2523 and counting this season. Ludicrously, as recently as this month, one pundit was saying, “I see the reasons for holding him back, but sooner or later you’ve just got to say ‘right, he starts’,” as if being sandwiched between Ilkay Gundogan and Kevin De Bruyne in the Manchester City squad statistics is somehow proof he is still being sidelined. It might have escaped some but Foden is no longer a prospect at Manchester City but exactly on the same level as his peers, be they 20 or 30. He is rotated just as Raheem Sterling is rotated and Riyad Mahrez is rotated, so we can surely stop dancing the ‘but why doesn’t he play?’ dance now.

Foden would have probably made his England debut a year ago, had coronavirus not claimed football as one of its lesser victims. But talk of that call-up prompted Jack Grealish-inspired wailing, as though minutes for Manchester City did not mean more than minutes for relegation strugglers. In reality, Gareth Southgate had been at his most stubborn, indulging in an ‘after you; no, after you’ charade while calling up anyone who donned a Chelsea training top. His reticence looked justified when Foden was sent home for hotel-based quarantine-busting muckiness, but that immaturity already looks like a footnote.

His performance against Iceland – the second time – was nothing short of inspired. ‘He’s high but you know what? He’s brilliant,’ we wrote as he climbed from 27 to 15 in our England ladder. His inclusion in this latest England squad largely went unmentioned; his exclusion would have been far more shocking than that of Trent Alexander-Arnold. At just 20, his England squad place is close to guaranteed, just as a 20-year-old Steven Gerrard’s England squad place became close to guaranteed as he established himself in the Liverpool first team 20 years ago. If his body does not desert him, he should eventually follow Gerrard into the 100-cap club. He is that good.

So it turns out that the canary is still singing – a wonderful product of England DNA, a footballer of continental style and technique in a role where England have few options, really can make it at a big club. We’re not sure what anybody was worrying about.