Home All The News Phil Neville in joint charge at Valencia 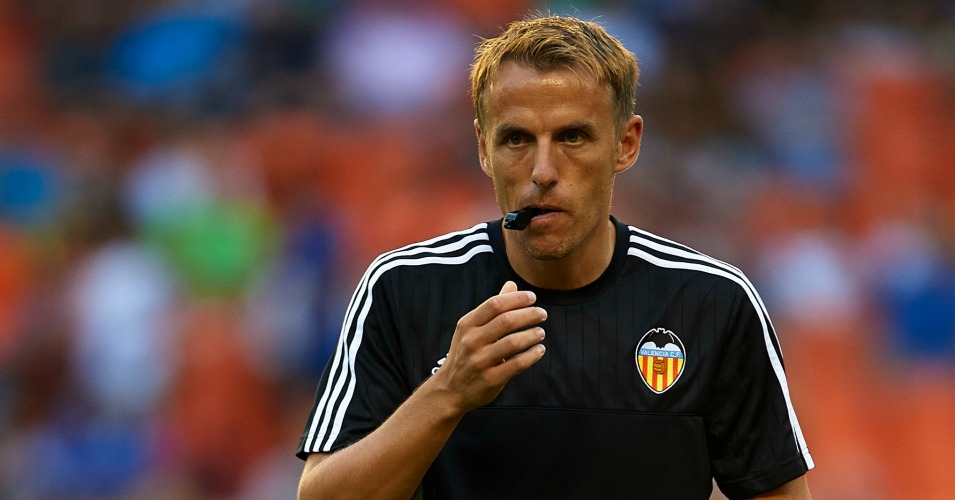 Phil Neville and Voro have taken charge of first-team affairs at Valencia until further notice following the resignation of Nuno on Sunday night.

Nuno announced his departure following Los Che’s 1-0 loss to Sevilla, but said he had already informed chairman Peter Lim of his decision prior to kick-off.

A formal statement is expected later on Monday after a meeting between Nuno and club directors, but Neville and Voro led training on Monday morning, the club said on Twitter.

Nuno, 41, leaves the side ninth in Primera Liga and third in Group H of the Champions League, still with a shot of progressing to the knock-out stages.

However, the Portuguese said expectations had not been met as he bid his farewells.

“We are all in agreement that the current situation is not good, and that we must all do what is best for the club; this has always been my intention,” he said.

“I want to thank all the players who I have managed at the club for their work. I also want to thank Peter Lim, who is – and will continue to be – a friend of mine, and the fans of Valencia CF.

“I ask that the fans continue to support the youngest squad in La Liga. Tomorrow we will give more details. I understand that the issue is pertinent, but I do not want to say too much in this regard.”

Neville joined Valencia as a coach in July, having previously been first-team coach under David Moyes at Manchester United.