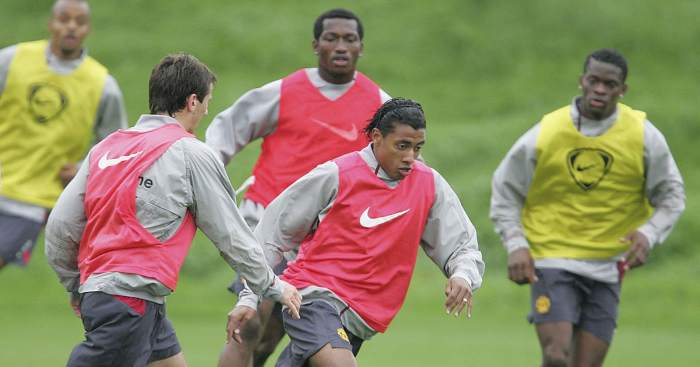 Phil Neville has revealed that Kleberson and Eric Djemba-Djemba forced him to confront Sir Alex Ferguson after losing his place in the side at Man Utd.

Neville made just short of 400 appearances for Man Utd before leaving for Everton in 2005 after losing his place in Ferguson’s starting XI.

Following the arrivals of Djemba-Djemba and Kleberson, Neville saw his playing time reduced to just 19 Premier League appearances in his final season and, after a conversation with Ferguson, decided it was time to leave Old Trafford.

“I was 27, 28, I’d accepted it for much of my career with great players around me. Then we had a few players that came in like Kleberson, Djemba-Djemba, and they started to play in front of me, and that was a real wake-up call for me, that I wasn’t going to accept anymore.

“I spoke to Sir Alex. We both found it difficult, and agreed that it was probably best for me as an individual was to leave. It took a lot because United was my club, but I think it was the best thing that I did.”