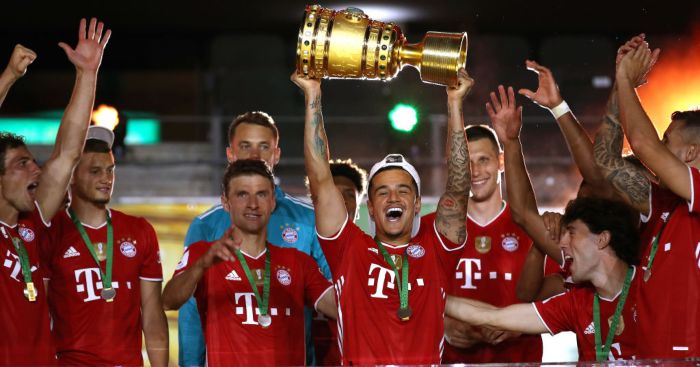 Philippe Coutinho has three Premier League options in the summer transfer window but his heart is still set on a return to Liverpool, according to reports in Spain.

Coutinho’s form in the Bundesliga has sent a reminder of his undoubted talents. However, his chances of returning to Barca look remote with the club actively looking to offload him.

That would leave a return to England as the most likely destination – and plenty have been linked.

And now Spanish publication Sport claims that Kia Joorabchian – who represents Coutinho – ‘has been negotiating in recent weeks’ over a possible return to the Premier League.

The report adds that ‘another option on the table is that of Arsenal’ with the Gunners already haing ‘a first offer’ rejected as Arsenal weren’t prepared to honour his full salary.

However, the Brazilian has now ‘asked Arsenal for an extension to make a decision’ after a change of heart with the door now open again.

No matter which club Coutinho chooses this summer he will be ‘faced with a salary cut’ with the 28-year-old earning around €10m annually.

The report finished by claiming that there is still a ‘distant possibility’ that he could move back to Liverpool this summer with Sport adding that a return ‘to his old club is Coutinho’s main wish’.