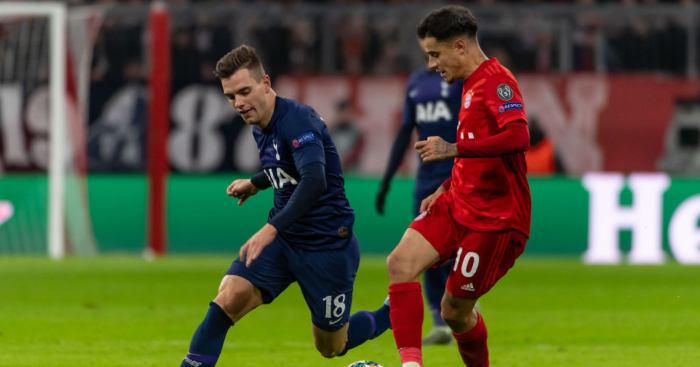 Philippe Coutinho was annoyed at Daniel Levy after his transfer from Barcelona to Tottenham collapsed last summer, according to reports.

Manchester United, Arsenal, Chelsea and Spurs have all been linked with a move for the Brazil international, who failed to hit the ground running at Barcelona after moving to the Camp Nou in 2018 from Liverpool.

Tottenham had tried but failed to sign Coutinho last summer in a move that left former manager Mauricio Pochettino ‘fuming’.

And now Sport (via Sport Witness) claims that a move to Bayern is not a possibility for Coutinho in the summer and that he will have to seek alternative career plans.

The report adds that Coutinho will not consider playing for Tottenham after his loan move to north London collapsed last summer.

Coutinho was ‘outraged’ that Spurs chairman Levy decided to reduce the finances of the deal at the last minute, which saw the move fall through.

Tottenham are probably full up in that area anyway after making Giovani Lo Celso’s loan move from Real Betis permanent in January.