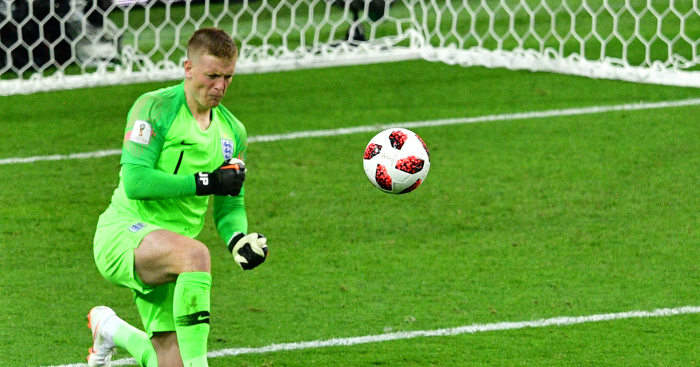 Jordan Pickford issued a response to Thibaut Courtois and Gary Neville after his England heroics.

England reached the World Cup quarter-finals on Tuesday by overcoming Colombia in a penalty shootout.

The goalkeeper almost prevented the game from going so far with a sublime stop from Mateus Uribe in second-half stoppage-time.

But Colombia scored from the subsequent corner and forced a shootout, with Pickford the difference once again.

It comes after Belgium goalkeeper Courtois mocked the Everton shot-stopper for being too short.

While you’re here, read 16 Conclusions on the game. Then our player ratings. Then come back to finish this story.

“I have got power and agility,” he told ITV Sport. “I don’t care if I’m not the biggest keeper because it’s about being there in the moment and making the save, and I was.

“It is all about the set position and I got a hand to it. I did all my research.

“We knew we had this game, even if it had to go to penalties, we knew we were capable of winning.”

Pickford proved just that by saving Carlos Bacca’s effort in the shootout, after which he made another pointed comment after recent criticism.

“I was in a massive whirlwind but I saved it with my left hand,” he said. “I’ve been criticised for going with my top hand, but as long as you save it, that’s all that counts. I might be young but I’ve got good mental strength and experience and I used that today.

“It gives us belief to go into the Sweden game and we will get straight back to business tomorrow.”