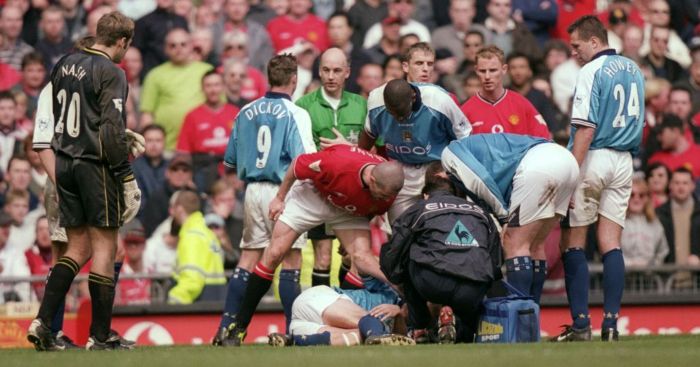 Jurgen Klopp was at a loss to explain how Everton goalkeeper Pickford had not been dismissed in the Merseyside Derby on Saturday for a knee-high challenge on Van Dijk.

The lunge ended the Holland captain’s afternoon and it has since been confirmed that Van Dijk will be out for several months after Liverpool said he requires knee surgery on a damaged anterior cruciate ligament.

Reacting to the challenge, Cascarino told talkSPORT: “The challenge… just, wow! We give yellow cards so readily and so quickly for minor incidents, and then you see a tackle that is as bad as the one Roy Keane did on Alf-Inge Haaland.

“It was just horrendous!

“We talk about dangerous tackles and two-footing and lunging in and being reckless – Jordan Pickford was everything as bad as it could be.

“I don’t think you can ever say it’s intentional – only the player can answer that – but if you are going to throw yourself, launch yourself, at somebody out of control…