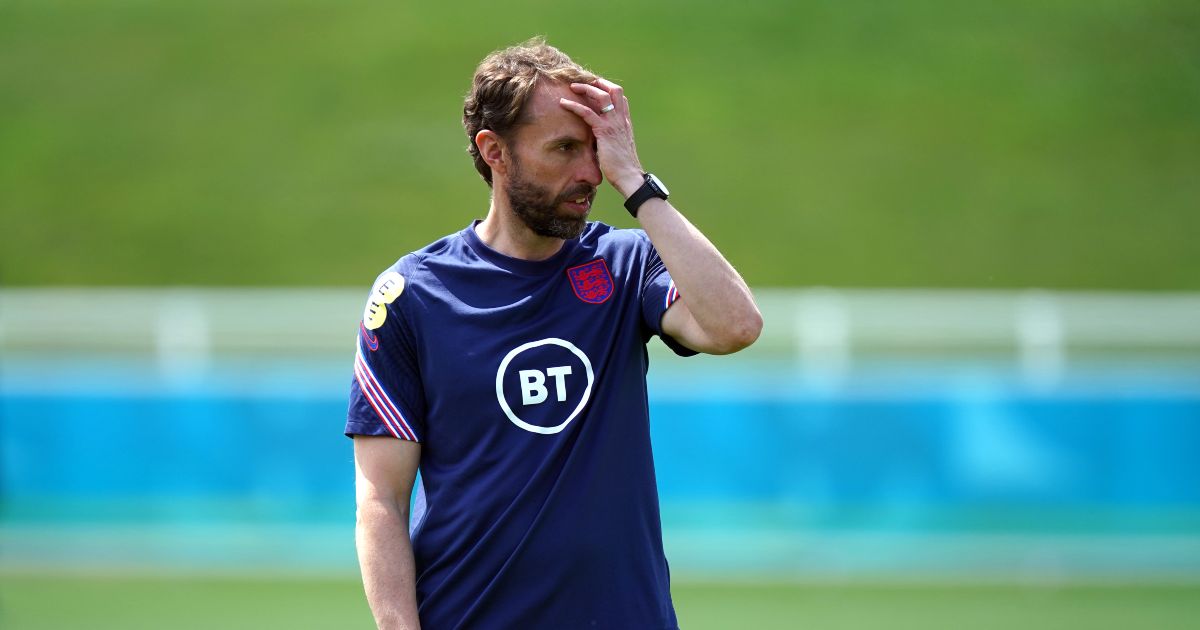 It’s the day before England compete in a major tournament final. Pinch yourself! Send your pre-game thoughts to theeditor@football365.com…

Does Southgate have the balls?
Lots of talk of Southgate having big balls subbing his own sub. However I see that as having small ones but there was no damage done, so all is good. If Southgate has these massive balls then we should be seeing him replace Pickford with a keeper that can install more confidence in the players around him. His distribution made everyone around him nervous. Will Gareth have the balls to have his Les Sealey moment ? Granted Pickford might never speak to him again but that might not be a bad thing going forward.
Steve James

Loving Gareth, Raheem,  Harry and the rest on and off the pitch and crossing fingers and toes for Sunday.

England’s magnificent run seems to have generated a lot of powerfully negative narratives, myths and misconceptions even before it’s over, and I thought I’d go through and debunk a few of them with science, in the hope the sceptics will appreciate them just a little more

1) “ENGLAND HAD AN EASY RUN”. – An odd narrative, given we beat the last world cup finalists and last-but-one winners. Seemingly based only on the idea that any team England can beat must be bobbins. Let’s crunch the numbers:

So we’ve had a slightly tougher run than Italy, but not hugely so –  we’ve each played three sides ranked 15th or better. They’ve played two top 10 sides vs our one. Two sides in the top 10 – and four in the top 20 – got themselves knocked out before facing either England or Italy.

Both finalists has had a vastly tougher run than Portugal in 2016, who played zero teams then in the world top 10, and only Austria of the then world top 20, in the May 2016 rankings – including their victory vs France in the final. They drew five of their seven games in normal time.

Better to be lucky and good than just good.

2) “ENGLAND WERE LUCKY TO WIN IN GAME X”

So England won every game on xG, although Germany ran close. They were “unlucky” not to beat Scotland, or Denmark in 90 mins, thanks to a Schmeichel masterclass.

By contrast Denmark were behind on xG vs the Czechs, as well as behind England. Italy were behind Belgium on xG in their quarter final.

England have allowed among the fewest shots and allowed the absolute least xG per 90 of any team at the tournament.

England are the only team at the Euros who haven’t lost a game on xG.

Germany had Neuer, Hummels, Kroos, and Muller. More experience, pedigree and medals than anyone – Chiellini et al included.  But Declan Rice eased Kroos into retirement, and Pickford stared down Muller.

Yes they did. The first defender trod on Sterling’s foot.

Good luck everyone – see you on the other side!
Roger (Hi Tom), West Hampstead

The Villa and The Arse
Your mailboxer Graham Simons makes a partly fair but slightly red-and-white-tinted point about the Arsenal-Villa “rivalry”. If Villa get it right, their potential is at least as great as Arsenal’s. England’s second city needs a successful club and it should be the Villa.  If they get it right in the boardroom and have luck at opportune times, they could certainly establish themselves among the big boys. Also, to keep some historical perspective, only one of these two pillars of English football has conquered Europe.

I’m not suggesting Villa’s a “bigger” club than Arsenal (I don’t like that word in the context of describing clubs – it’s ambiguous and ultimately pretty meaningless anyway). Arsenal could end up with an even worse owner. Villa could end up with an even better one. One club could get really lucky or unlucky with timing around managerial availability and associated decision-making. It feels quite entitled to assume your club will default back to being better than a club like Villa, who are as likely as anyone to challenge the current orthodoxy. As we all know, Kroenke is a truly awful owner but, unfortunately, he’s going nowhere. Who’s to say what the PL landscape will look like by the time Stan and his moustache ride off into the sunset while he counts his money? It might be 20+ years away – plenty of time for big change. Arsenal might even get lucky with him, starting next month. Who knows?

For all that, Graham is probably right – but if I were an Arsenal fan, I can’t imagine I’d be that confident. I’d like to see both teams get their shit together, though, as they’re two of English football’s great old clubs and it’d make an exciting change for the neutral (although I guess you could argue that Arsenal and the other filthy five owners deserve nothing except pain and suffering – but that’s a separate topic). And, in fairness, I’ve never heard of an Arsenal – Villa rivalry before it was mentioned here this week.

Unrelated point: the Euros have been superb from the outset and it’s been a bonus to see England not just get to a final but equally not stink the place out with stultifying football as used to be the tournament standard.  It ain’t Brazil ’82, sure, but it ain’t England 2006-16 either. 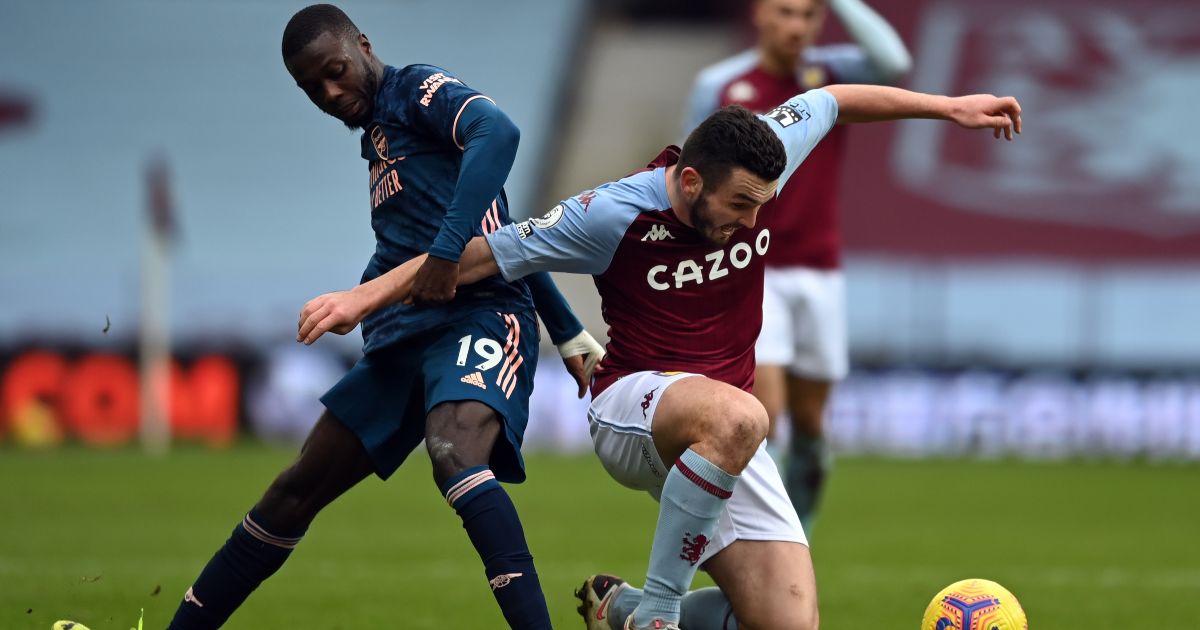 I laugh a lot when reading this post. We are now rivals with Aston Villa because they want to buy Smith Rowe?
☀️What’s their wage budget?
☀️When did they play in Europe last?
☀️When did they win a trophy last?
☀️Arsenal have had two disastrous seasons recently and we still finished above them in the table.
☀️Even in the days of O’Neil, Agbonlahor, Benteke and the likes, we smashed them in an FA Cup final 4-0 if my memory serves me right.
☀️ Villa that escaped relegation 2 seasons ago because goal line technology did not work against Sheffield United.
☀️In this disastrous seasons with Arsenal, Arteta still won 2 trophies while Villa has won none for as long as I can remember.
☀️Villa had a great season but we still conceded less goals.
☀️Villa that were in Championship for a couple of years? Please let’s get real.☀️This is first time in about 25 years that Arsenal won’t be in Europe, how many years can we say for Villa?

Villa are only preparing for inevitable loss of Grealish and can spend against the funds they would receive for selling him.

As for Buendia, was it the club or the fans that wanted him at Arsenal?

Martinez would not have played for Arsenal if Leno did not injure against Brighton and although he performed well in Leno’s absence, the club cashed out on him. This is the same thought some fans are having about Willock but it was wrong to keep Leno back then.

Villa are Arsenal rivals truly but just because they play in the Premier League.
Francis (I want football to come home), Lagos

Southgate needs to work on his fist pump game
One image I can’t get out of my mind was when England had won the game and Southgate was doing the lap of honor or something close to it.  I believe he was clapping the fans.  We ll go with that.  Then he’s giving the fist pump to the fans.  I was shocked.  HIS FIST PUMP GAME IS SOOOOOO WEAK.  Gareth needs lessons from Klopp and Espírito Santo to get his fist pump game right just in case England do win.  I can’t go thru another weak fist pumps to fan again. He needs to look in mirror and rehearse his fist pump game. That is all.

No horse in this race but I hope England wins.
Music city JP

Anti-English sentiment?
This tournament just gets better and better. At least for English and Italian fans anyway.

But just a word about the anti-English sentiment coming from Irish posters, and the reaction from England supporters. I’ve watched many England matches in Ireland, and the antipathy towards England is palpable, but to their credit, never personal. It’s just harmless fun. Who can blame them for wanting England to lose? The tiresome English media, the idiotic minority of English fans, and add to that 800 years of oppression.

And they make valid points…

England have been a bit boring at times.
We’ve had home advantage.
It was a very soft penalty.

Plus, England have had a very easy route through this competition, and facing Italy is no exception. Imagine if we had to face Luxembourg at home, and we lose 0-1? Oh the shame of it!

Sorry lads, just couldn’t resist that last bit.
John (happy if we lose, but happier if we win)