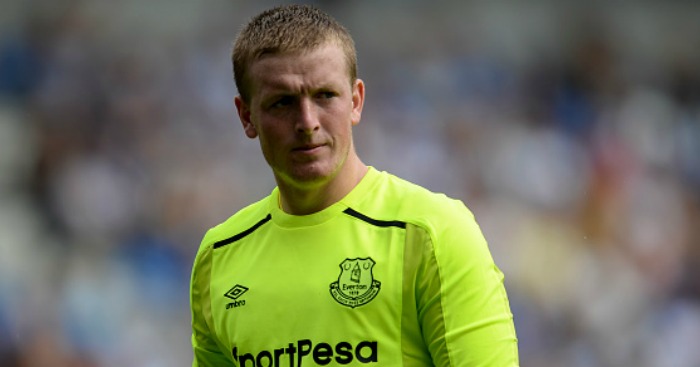 Jordan Pickford will make his competitive debut for Everton on Thursday, while Wayne Rooney has been passed fit for the Europa League second-leg qualifying game against Ruzomberok in Slovakia.

The Toffees hold a slender 1-0 advantage thanks to Leighton Baines’ strike at Goodison Park last week in a fixture that saw Pickford start on the bench.

However, boss Ronald Koeman has confirmed that the England Under-21 international, who arrived from Sunderland for £30million this summer, will be in goal for the crucial encounter.

Speaking at his pre-match press conference, the Dutchman said: “We know we need to make decisions on the team and it is not only about the goalkeeper.

“It’s still the pre-season but we can’t call it pre-season because we’re playing in an important game tomorrow. Pickford will start the game.”

There had been concerns over Rooney’s availability to feature, yet Koeman was able to quash any doubts over the 31-year-old’s fitness.

“Wayne had some groin issues in the past few days but he trained normally yesterday and this morning,” Koeman added. “He is fit to play tomorrow.”

Koeman has no plans to allow Everton to sit on what they have got, even if a goalless draw would see them advance past the first qualifying hurdle.

“We always try to play offensive football, we don’t come here to defend the result, it’s not the way I like and it’s not the best way to win the game,” he said.

“Maybe Ruzomberok need to attack more but they did a good job and it is the second leg of this round so we will see tomorrow.”