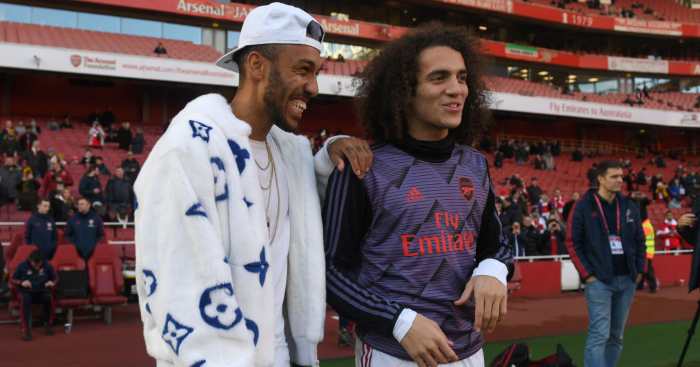 Arsenal striker Pierre-Emerick Aubameyang has told Barcelona he is willing to leave north London to join them, according to reports in Spain.

The 30-year-old has just under 18 months remaining on his current contract and is reportedly reluctant to sign a new deal with the Gunners unlikely to qualify for next season’s Champions League.

Aubameyang broke his silence recently when he said that he was “100%” committed to the club despite rumours he could leave for Barcelona.

Despite those comments, speculation still exists that while the Gunners go without Champions League Aubameyang may not be happy to stay.

Barcelona have been the main club linked with a move for the Arsenal striker as the north London club sit tenth in the Premier League, 11 points off a Champions League position.

And now Mundo Deportivo claims that Barcelona have ‘received OK from Aubameyang to try to sign him’ with the Spanish club aware ‘in detail the contractual conditions’ of the Gabon international.

Arsenal do not want to sell their star player which is why Aubameyang’s ‘position is key’ on the matter.

Mundo Deportivo add: ‘As a captain, it is difficult for him to raise his voice to force a way out, but if he does the Arsenal problem will be great.’