Arsenal have been linked heavily with a number of players as they look to improve their midfield... 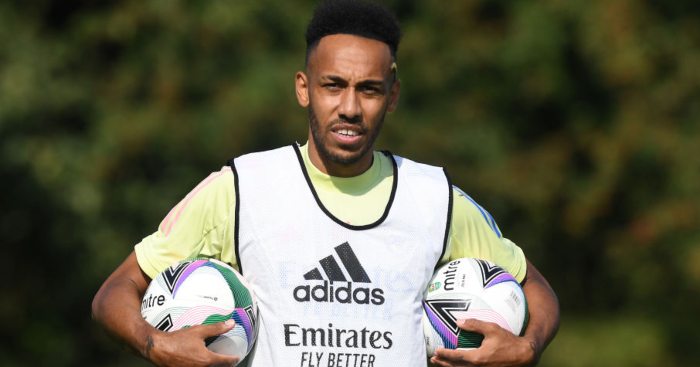 The Gabon striker has been a talisman for the Gunners ever since joining from Borussia Dortmund in January 2018 and signed a new deal earlier this month.

The fresh three-year contract ended months of speculation surrounding a potential exit with the likes of Barcelona reportedly interested in the 31-year-old.

And now Aubameyang has committed his future to the club he’s keen to see new players join and help Arsenal’s cause this campaign.

Arsenal have been heavily linked with the likes of Lyon’s Aouar and Atletico Madrid midfielder Thomas Partey as they look to strengthen their midfield, with the Gunners reportedly making two bids for the former.

Their latest offer of around £36.5m with the potential of another £9m in add-ons – which would bring the deal to £45.5m – is currently being considered by Lyon president Jean-Michel Aulas.

However, there has been speculation that Arsenal may have to offload players before they can push through any deal for Aouar.

On a possible deal, Aubameyang told Canal+: “Of course I am in favour [of signing him]. He would add quality. Let’s see what happens. I cannot hide that, even if he is with Lyon.”