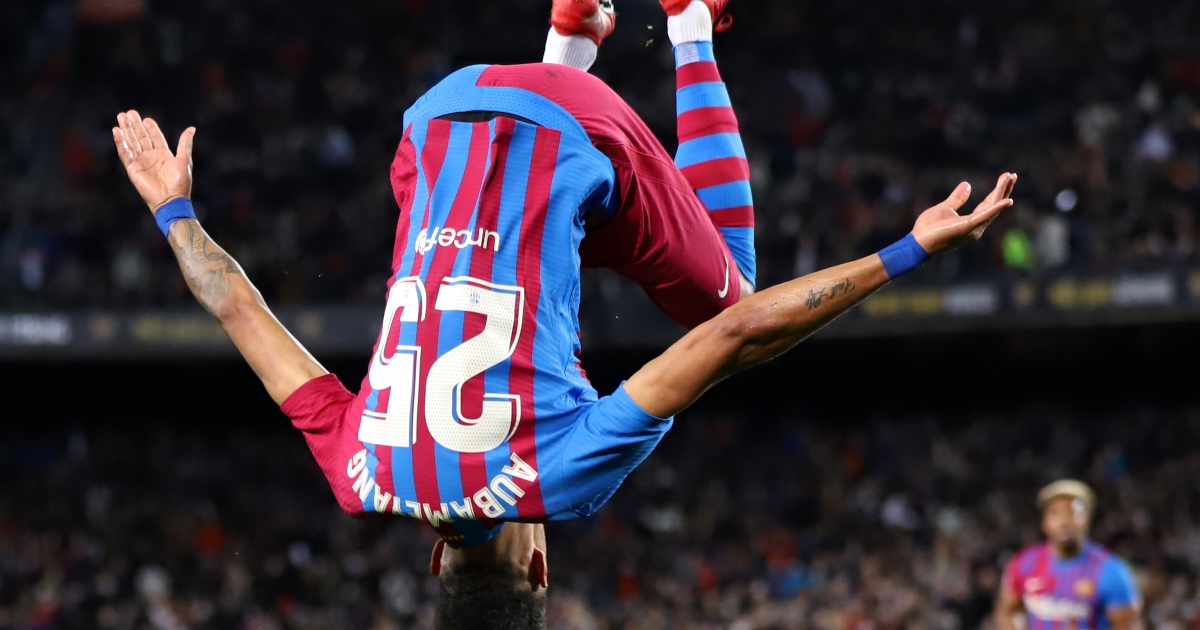 Barcelona striker Pierre-Emerick Aubameyang has proclaimed he’s finally “at home” in a veiled dig at his former club Arsenal.

Aubameyang left the Gunners on a free transfer in the January window after falling out with his manager, Mikel Arteta.

A disciplinary breach saw him stripped of the captaincy and rendered his position at the club untenable, leading to his contract being terminated.

Smith Rowe: Arsenal’s Alan Hudson throwback who’s got it all

Barca, though, were willing to offer the Gabonese international a fresh start and he has hit the ground running in what looks like an inspired signing.

Aubameyang has scored five goals in his first six appearances for the club, including a hat-trick in a 4-1 win over Valencia.

In an interview with beIN Sports France, he sung the praises of head coach Xavi and spoke of his happiness in the Catalan capital.

“Things are going very well with Xavi,” he said. “He is a legend and will contribute many things to the club.

“Barca deserves to be in front and I am very happy there because I am at home. I’m Spanish for my mother’s sake.

“My grandfather was from Atletico and I just hope that wherever he is, he will be proud of me for playing in the league.

“The league is a good competition for me because it allows me to utilise my qualities. When you enter Camp Nou it’s something! Another dimension. I really enjoy it.”

Former Arsenal left-back Nigel Winterburn reckons Arteta’s decision to let Aubameyang go will come back to bite the Spaniard if the Gunners fail to make the top four.

“It feels as if Aubameyang was the captain and then something went awry,” Winterburn PaddyPower. “Him losing the captaincy wasn’t based on a one-off issue – there were several.

“Mikel Arteta decided that ‘enough is enough, you’re the captain of this club and I am trying to lead a young team, and it’s not acceptable.’