Home F365 Says Pining for Gazza; this England side leaves me cold 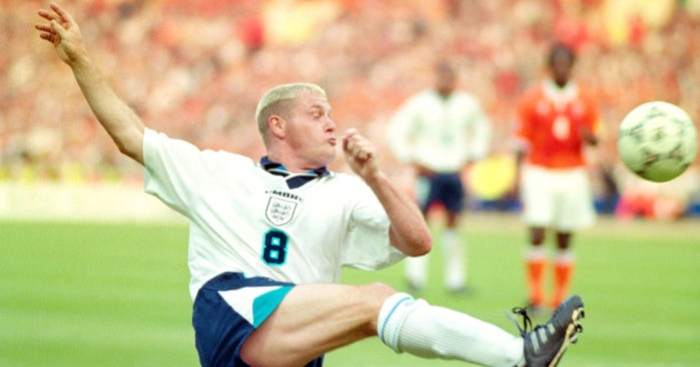 Everything is juxtaposed around the mind-f**k that is Raheem Sterling, the most gifted English carrier of the ball since Laurie Cunningham, producing the illusion that this might be the best England side of all time, cut through with the fear that it might be the worst.

England had just put a fifth past a team who didn’t play its first competitive fixture until three years ago but the usual ‘thump a minnow and we’ll somehow win a major title’ vibe was chilled by skilful Kosovo scoring three in return. Despite the public relations heat around Mr Waistcoat’s team of 2019, the England side leaves me cold.

It started with the World Cup and really wanting to buy into the ‘It’s Coming Home’ thing but, having experienced it all the first time around at Euro ’96, there was no comparison. This was the next generation trying to reclaim the national team in sun-kissed pub gardens, drenched in dark fruits. But as soon as we came up against a Croatia side with a bit about them, this England team disintegrated.

People that are determined to love will do so anyway, no matter what the recipient gives them in return. That’s the way with the English public, dead set to adore this thing which doesn’t really reciprocate. Of course the marketing is clever with the working-class game being packaged up and sold back to English punters, featuring a photo shoot on a council estate cos these fellas are just like you really, and we’ll add a 90’s vibe cos football – or at least the music – was better then…

This is never-ending false hope surrounding a Football Association entity not worthy of such support. It was the FA who came up with the Premier League and opened the doors to the middle-classification of the game. We watch on now as the trophy-winning ‘unders’ gather dust on Premier League benches and talented youth from Football League clubs are hoovered into top-tier talent farms so bring your vuvuzelas and your clappers and let’s cheer whatever team Southgate can scrape together. Jadon Sancho had to find his escape in Germany.

The press have gone from slating the late great Bobby Robson and his team that should have won Italia ’90 to buzzing over a bang-average 2019 incarnation because the Premier League is so goddamn boring. Content will win. Journalists quizzical over Michael Keane’s comedy defending will be back bigging up our chances at Euro 2020 before being splattered by Switzerland. That’s when they have finished pouring over the soul-destroying irrelevant minutiae of whether Alex Oxlaide-Chamberlain would have made a difference.

And so to Wembley, June 18 1996, the last time I properly felt something about the England team. Only four years into the Premier League so the bridge from workaday league to worldwide marketplace had barely taken hold and the global game hadn’t reduced international matches to afterthoughts trailing in behind Playstation FIFA.

Martin Tyler commentated on that game too. “It just gets better and better and better,” said Tyler, as he did again on Tuesday night, watching the beautifully balanced Teddy Sheringham stick a fourth past the Dutch as Nottingham Forest fans in Labatt’s shirts reached for the skies. Now that was England.