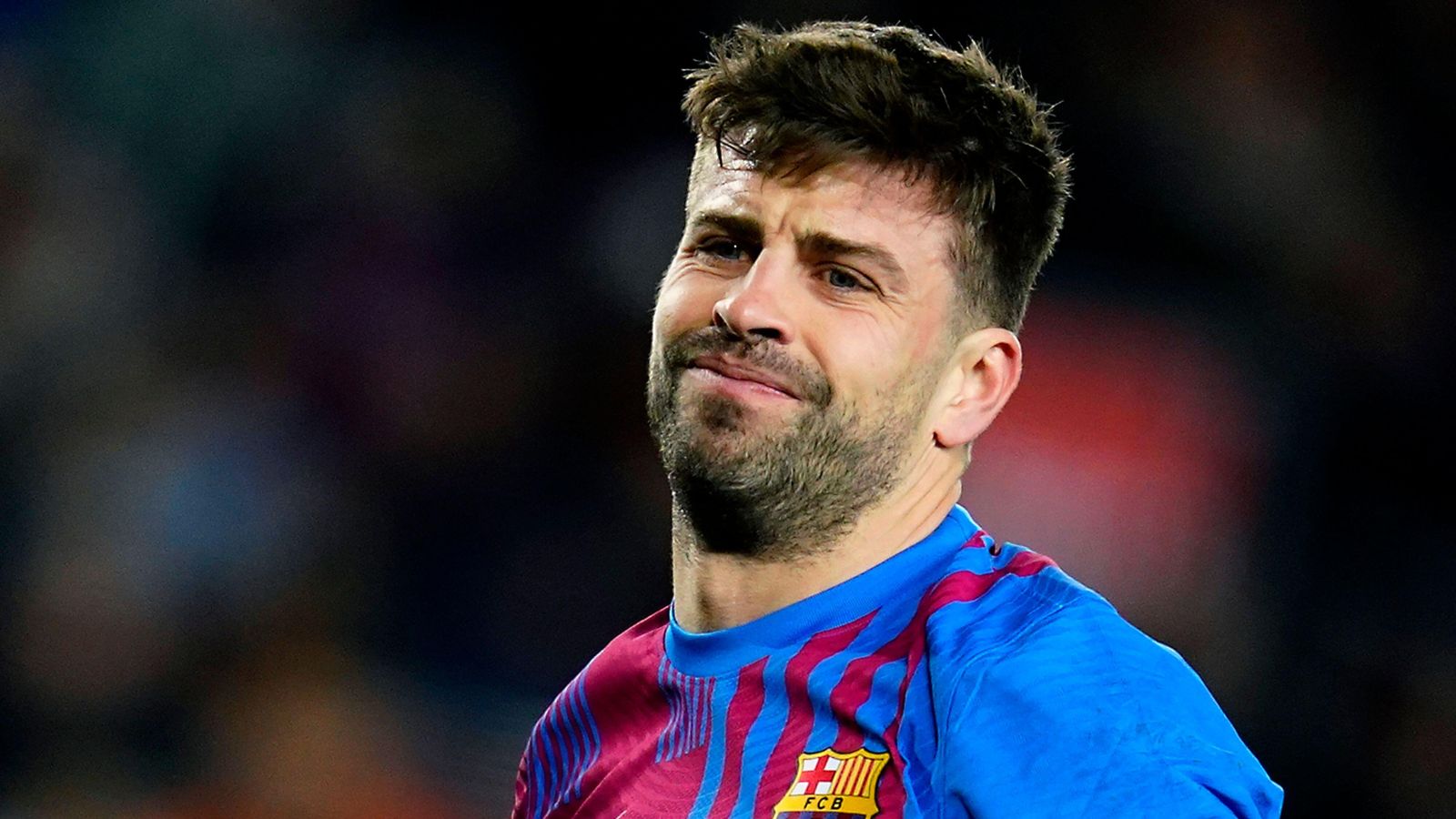 The Catalan is considered on the best defenders of his generation having won eight La Liga titles, seven Copa del Reys and three Champions League titles during his time at Barcelona.

He was also part of the Man Utd squad under Sir Alex Ferguson that won the Premier League and Champions League double in 2007/08, while he has also won the World Cup and European Championship for Spain.

Pique spent four years at Man Utd, mainly in the youth ranks, playing 23 times at senior level for Ferguson’s side but that was enough time to get himself acquainted with Keane.

And Pique has revealed how his experiences with former Man Utd captain Keane earlier in his career had left him worried about meeting his former team-mate seven years later.

Speaking to Gary Neville on The Overlap, Pique said: “We all know Roy, but when you’re 17 you look at Roy differently. I had just arrived, I didn’t know him. It was kind of scary at some points. It was so scary, a few years later we went with Barcelona to play Celtic and he was doing some kind of TV programme.

“I was walking after the game and he came over to me to talk, and part of me was like that little kid that arrived in Manchester when I was 17 and thought ‘oh f***, Roy Keane is here!’ I was like ‘come on Gerard, you’re already 24 or 25, come on man’.

“I just remember at that time when I was 17 with Roy, he was the captain and he was strong always with a tough message. I think he was a great captain, but he was tough sometimes.”

When asked about a specific incident to do with his phone, Pique added: “That was Roy Keane. Now sometimes I see me and my teammates on a phone after a game, now things have changed a lot. That time, it was vibrating in and the guy could feel it in my head because it was in my pants (hanging down) in the dressing room. He stood up and said ‘who the f*** owns this phone?!’

“I was like ‘OK, it’s me’. He just snapped at me. Now it’s very different with the veterans and the young players. At that time there was more respect, but the old ones wanted that distance. Now, the young ones arrive and after six months they are like best teammates. It’s a different mentality. It’s not better, it’s just a different time.”