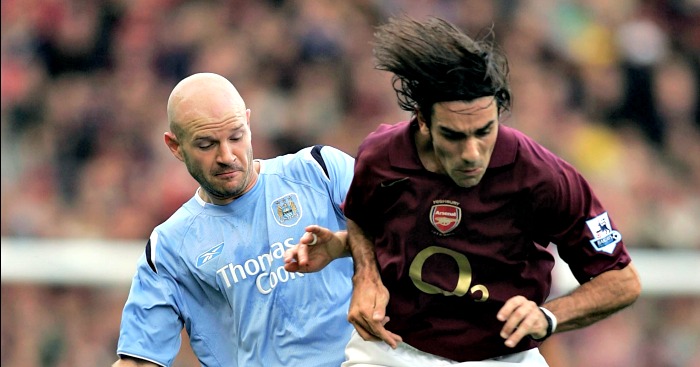 Robert Pires has responded to recent claims from Danny Mills that the former Arsenal winger brought diving to England.

Now 42 and yet to retire, Pires was perceived by many as theatrical during his time in England. Danny Mills accused him of bringing diving to the country.

Former Manchester City and Leeds defender Mills said: “I will always remember him as the player who, in my view, really brought diving into the English game; his habit of throwing himself to the ground without any provocation always infuriated me.”

Writing in The Times, Pires has responded to those claims.

‘It is the same with diving,’ the Frenchman wrote. ‘I didn’t bring diving to England. There was one controversy against Portsmouth, but there was contact.

‘When you run fast with the ball and dribble, a slight touch from a defender or even movement towards you can unbalance you.

‘I looked for a foul sometimes, I provoked the defender for sure and most of the time I dribbled past, but I never dived and have never intentionally disrespected anyone.’