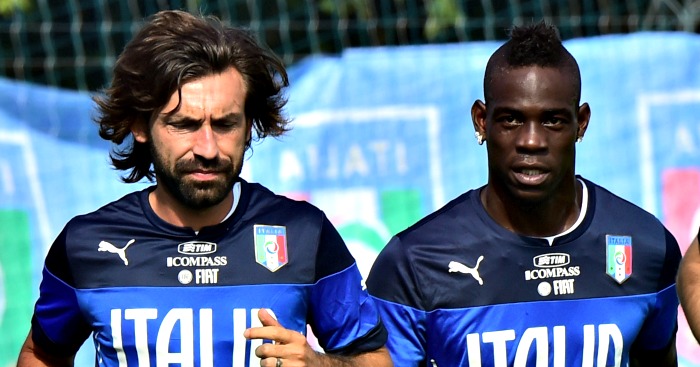 Mario Balotelli has let his natural football talent go to waste and he should be among the best in the world right now, according to former Italy team-mate Andrea Pirlo.

Balotelli looks set to leave Liverpool this summer after reportedly being told to look elsewhere this summer.

The player moved to Anfield from AC Milan in the summer of 2014, but has struggled to make an impact at Liverpool, while a season’s loan back at former club AC Milan last term again also failed to bear fruit.

The Mercurial forward has, in fact, already made stops at four different clubs since breaking into the Inter Milan squad during the 2007-08 season and counts Inter Milan and Manchester City among his former clubs.

However, as a queue of clubs turn their nose up at signing the Italy striker, his countryman Pirlo insists he at least hasn’t given up on Balotelli just yet.

“He frustrates me, but I do have so much affection for Mario,” Pirlo told the Daily Mirror.

“He is infectious to be around. When I used to see him walk into training for Italy, he would have this big smile on his face – and I would just burst out laughing – and start wondering what is he thinking, what is he up to?

“Mario should not just be a character the media write about for good stories. We shouldn’t forget what a special player he is.

Pirlo, who now plays for MLS club New York City FC, reminded that Balotelli is still young and can recapture his best once again.

“He still has time to make it at the very top. [But] he needs to pick his next club carefully.

“I have read things about him and China. With all respect to their league, Mario should not be going there yet.

“If he has two or three good seasons at his next club, he will still only be 28 and could join one of the top clubs in Europe.

“I don’t have any advice for him anymore, he knows the qualities that he has. From this point, it’s up to Mario.”