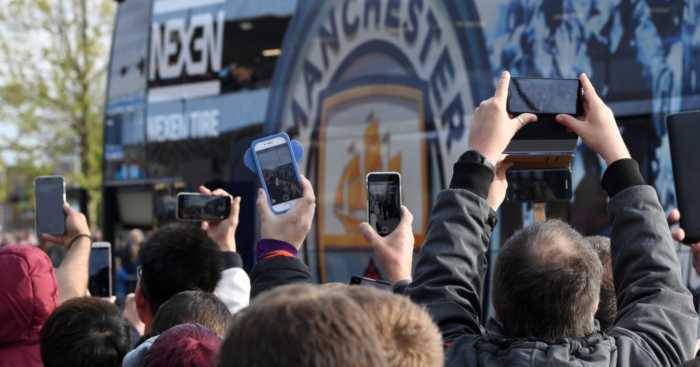 On Tuesday, Donald Trump promised to rebuild a bridge. At a campaign stop in Louisiana, ahead of the 2020 Presidential elections, he made the pledge to renovate the Calcasieu River Bridge. If re-elected for a second term, he claimed work will begin the very next day.

Maybe it will, maybe it won’t. But if it doesn’t – if Trump is back in the White House in January 2021 and the cement isn’t being instantly poured – then he’ll reach for a familiar playbook. First, he’ll deny that the vow was ever made. Second, when confronted by footage proving otherwise, he’ll denigrate whichever news organisation is broadcasting it. And third, most troublingly, his supporters will take his lead, chorusing his fake news accusations and drowning the rebuttals out with conspiratorial rhetoric.

This is a societal problem and as this country’s recent political history makes clear, not one isolated to one side of the Atlantic. The most effective way of answering an awkward question in Westminster, it seems, is to avoid them altogether and, instead, to point out a greater, more malignant failing in someone else, real or imagined.

Inevitably, as environmental toxins always do, this has poisoned football’s water supply. The week began with that New York Times exclusive by Tariq Panja. He reported that UEFA will seek to have Manchester City excluded from the Champions League for a season, following an investigation into the leaks revealed by Der Spiegel in 2018.

Twenty-four hours after celebrating their club’s second Premier League title in succession, a small band of militant City supporters mobilised on social media, denouncing the report as fiction, questioning the journalist’s motives and scrambling to find a way of discrediting him. Truthfully, there’s probably never been a point in football’s modern history when that wouldn’t have happened. Twitter didn’t create angry reactions or tribalism, it just gave them a platform, so while the type of allegation made against clubs has changed, the supporter instinct to circle the wagons hasn’t.

Where it does differ, however, and where the modern, obfuscating trend is most visible, is in the nature of that effort. Once, all a journalist had to fear in the comments section was angry disagreement and a few accusations about his or her private life. Now, even mild criticism is met with the determined insistence of institutional bias and (or) an allegation of a hardened agenda.

The City story got stranger. Within a few hours of publication, Twitter sleuths had uncovered an old Telegraph story, reporting that The New York Times had once owned a stake in Liverpool. The same stake was sold seven years ago, but it was still a smoking gun – and it remained so, even after that information was made clear and proven irrelevant.

That’s the Trumpish element: the habit of being selective in what you believe and disregarding anything which complicates a desirable conclusion.

On Tuesday, David Mooney wrote an excellent article in which he made a timely point: Manchester City’s fans aren’t responsible for their club’s owners, nor should they be expected to answer questions arising from their stewardship. He’s absolutely right and that extends to this issue. Confronted with these accusations and UEFA’s labyrinth-like disciplinary procedures, no City supporter should be expected to mount any sort of rebuttal.

It’s not their job to do that. Fandom is about long journeys with your friends and family, celebrating goals and singing on the way home. Nowhere is it mentioned that among those duties is an obligation to ride to a club’s defence whenever it finds itself on the wrong side of the news cycle.

But there are many who do just that. They exist at every club and behave in exactly the same way. Put Manchester United, Chelsea, Arsenal or Tottenham at the centre of that story and, doubtless, Tariq Panja would have been the victim of an identical assault on his integrity and character. Colleague Rory Smith has felt the Twitter pitchfork, too. Yes, the same Rory Smith who has one of the widest briefs in the entire industry and who, among those I vaguely know, wears his colours most lightly.

And yet social media’s lunatic fringe has him figuratively barging into the offices of The New York Times, demanding that the organisation throws its heft behind a story of this size to remedy the burn of some imagined, personal disappointment. He went on a Liverpool podcast once, so – ponderous, suspicious emoji – that’s really enough to discredit his colleague’s entire body of work. It’s lunacy and it’s common enough now to be formulaic.

Feels like the NYT owning Liverpool conspiracy theory will come to be seen as the point at which football finally became totally unmoored from reality. Just to be clear: it doesn’t. But that doesn’t seem to matter. I’m done, I think.

But this isn’t about Manchester City. It isn’t even about breaches of the game’s laws or the sport’s morality. Instead, it concerns the environment in which this drama plays out and the culture of modern, online fandom, which now reeks of sectarian paranoia and is increasingly characterised by the venomous and witless rejection of anything the individual doesn’t want to hear.

It’s not tribalism, it’s psychosis and the result is an atmosphere in which facts become incidental. What has been alarming about this episode – and those that have preceded it – is the reluctance to engage with the information at all and, instead, to skip immediately to discrediting it. Instead of questioning the contents of that report, the loudest voices were conjuring theories as to why it was being published. What dark purpose was behind it? Who secretly funded the research?

When those roads lead nowhere, the tactic is typically to create a false equivalency with something else, in which the aim is to direct attention towards another club or player. The Guardian’s Barney Ronay jokes about this: either a journalist mentions every instance of something on record, or he or she risks being whatabouted to the point of insanity. Again, it’s the pursuit of that illusory smoking gun, instructed by this corrosive belief that everything said or written has a clandestine purpose at its heart.

There aren’t many black and white issues left in football – it’s not a game of heroes and villains. When that’s the case, when nobody is completely innocent and the scale of villainy is subjective, dealing with weighty matters becomes very difficult. Harder still when the loudest reaction to that kind of journalism is so puerile. Does anyone really believe, for instance, that Tariq Panja relished the publication of that story? Or is it more rational to believe that he understood what his journalistic obligations were, knew what the consequences would be, and spent Sunday night dreading the response?

The caveat here, as it should always be, is the recognition that this is not a majority and that this kind of behaviour isn’t indicative of any particular fanbase. It’s also only right to recognise the differences between the real and digital world and to identity this problem as an internet habit, perpetuated by those for whom anonymity is a really bad drug.

But it’s still damaging and the prospect of all that anger is still a censoring force. Like an amber light flashing in the face of anyone writing or reporting on anything substantive, urging them towards something of less consequence. It’s a great shame, because football is supposed to offer respite from the bilious tone of everyday discourse. Now, it’s the same, dominated by the same hologram sociopaths, shouting the same club-endorsed slogans in everybody else’s face.