Home All The News Pizza, juice and chubsters banned by Pep at City 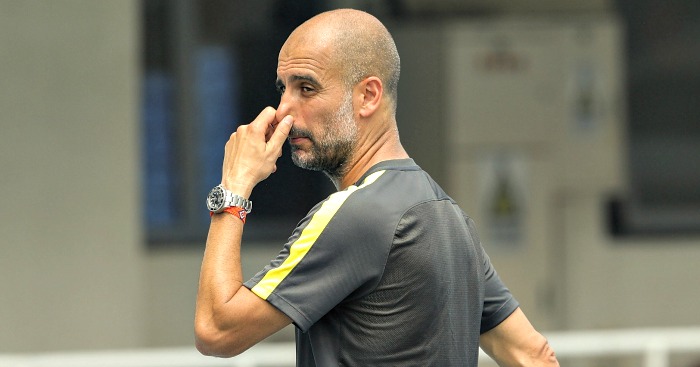 Guardiola has been quick to impose the strict discipline which served him well at Barcelona and Bayern Munich as he seeks to make sure his players are fit for the new season.

Clichy is impressed with the 45-year-old Spaniard’s contribution so far, claiming any players who do not shape up will find themselves in trouble.

The Frenchman told several national newspapers: “If your weight is too high, you’re not training with the team.

‘You hear it a lot but, for my part, it’s the first time any manager has really done it. And we have a few players who are not training with the team yet.

“You have to know that if your weight is 60 kilos and you are on 70 kilos, then you cannot play football.”

Clichy added: “He cut out some juice and, of course, pizza and all the heavy food is not allowed.

“Some people think that’s normal but, in truth, it’s not always like this. I know because I’ve been playing football for a long time. It’s really refreshing and very exciting.”

Clichy believes City’s attackers will enjoy themselves a lot more than opposition defences in 2016/17.

He added: “He said if he (Guardiola) could play 11 midfielders, he would play them. So I guess for a midfielder it’s unbelievable. And the strikers are going to score a lot of goals because we are going to create chances.”

City, who kick off their Premier League campaign on August 13 with a home match against Sunderland, are currently in China. They have a match against Borussia Dortmund lined up for Thursday.