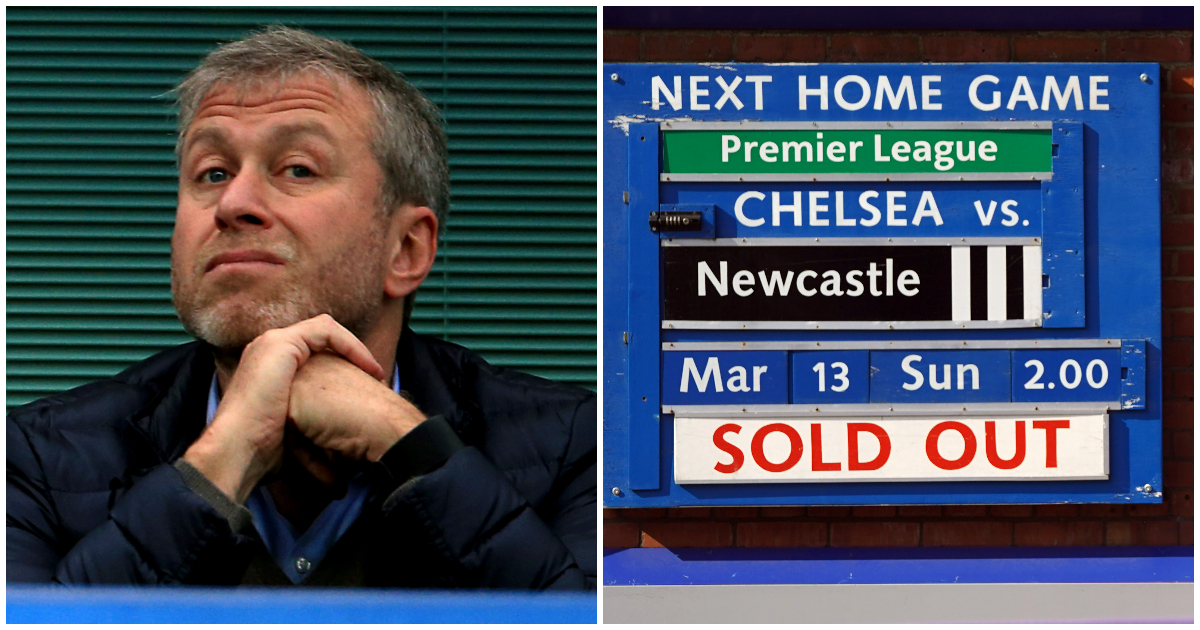 The Premier League and the Football Association have raised integrity concerns with the Government over the Chelsea ticket sale ban, the club have said.

The Government has placed the club under a special licence after sanctioning owner Roman Abramovich over his ties to Russian president Vladimir Putin. The licence is designed to prevent Chelsea – and by extension Abramovich – generating any new revenue, including from ticket sales.

READ MORE: Ten stars who would solve issues if they were ten years younger

Chelsea released a statement on Monday afternoon saying they were pressing the Government for the right to sell tickets, and that the club were holding daily meetings to get the licence amended.

The club also revealed the Premier League and the FA had raised concerns over the licence, which prevents Chelsea selling new tickets to home areas of the ground, to away supporters visiting Stamford Bridge or to Chelsea fans wishing to watch their team on the road.

“We are pressing the Government to allow our supporters to have access to tickets,” the club statement said.

“Meetings are taking place daily in search of a resolution. In addition, the Premier League and FA are also discussing with the Government the sporting integrity issues raised if they do not permit fans to attend.

“We are aware of the high level of frustration our supporters are facing over this issue, and we are doing everything we can to resolve it as soon as possible.”

The licence has already been amended since it was first imposed, with the limit on matchday spending increased from £500,000 to £900,000, and the club have already insisted they will push to have it further amended in order for them to be able to operate as close to normal as possible.

The club said they were awaiting further updates from the Government regarding the sale of further tickets for the FA Cup quarter-final tie at Middlesbrough this weekend.

Prime Minister Boris Johnson’s official spokesman said it was “completely inappropriate” to sing in support of the billionaire, who has brought unprecedented success to Chelsea since he bought the club in 2003.

Downing Street said supporters should not let that blind them to Abramovich’s association to Putin, the man who ordered the Russian invasion of Ukraine.

“We recognise the strength of feeling around people’s clubs, but that does not excuse behaviour which is completely inappropriate at this time,” the Prime Minister’s spokesman said.

“I think people can show passion and support for their club without resorting to that sort of stuff.”

The Government has said it is still “open” to Chelsea being sold but that a new application would be needed to enable a sale. So far, the spokesman said, the club had not applied for a variation to its strict special licence.

“We are open to the sale of the club, we would consider an application for a licence to allow that to happen in the right circumstances,” the spokesman said.

“But it is for Chelsea to determine the exact process. My understanding is potential buyers would approach the club, who would then need to apply for a further amended licence to facilitate the sale.

“As far as I’m aware that hasn’t happened at this point.”