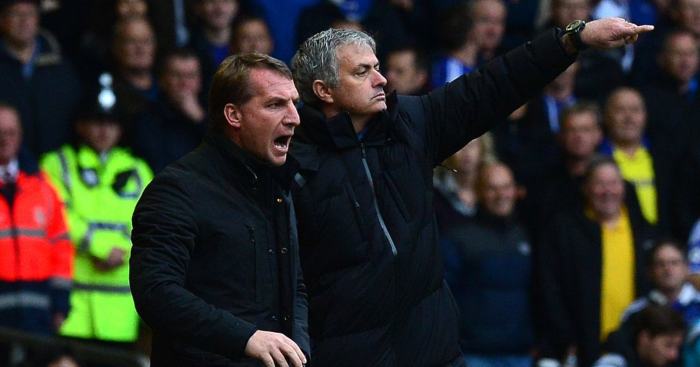 We’ve taken another look at which sides have made the most and least progress year on year. We’re talking percentages, because that’s fairer than simply counting points. And only seven of 17 teams have actually improved. Newcastle are among them but no better in the table. Man Utd have been much worse yet sit one place higher…

1) Leicester City: +50%
Last season:  32 points; 11th position
This season: 48 points; 3rd position
Despite winning only three of their last eight, Brendan Rodgers’ Foxes remain the Premier League’s most-improved side. Rodgers is just doing what Rodgers does – he has taken 1.85 points per game in the Premier League as Leicester boss, which matches exactly his league record across his whole managerial career.

2) Southampton: +35%
Last season: 23 points; 16th position
This season: 31 points; 9th position
Few would’ve backed Saints for a top-half finish at the end of November but the Alpine Klopp has inspired a remarkable resurgence since a winless run of eight matches which featured a 9-0 battering at the hand of Leicester. Since arresting that run of form, Saints have lost only one of their last seven and three of their last 12 thanks in no small part to tightening up at the back. They conceded a 1.75 goals per game through the first 12 games of the season. In the last 12, they have shipped an average of 0.83 gpg.

3) Burnley: +30%
Last season: 23 points; 18th position
This season: 30 points; 13th position
Impressive wins in their last two matches over Leicester and Manchester United certainly puts a shiny gloss on Burnley’s improvement. Without those unexpected triumphs, Dyche’s men would have been a point above the bottom three. Now they are four points off fifth.

4) Crystal Palace: +30%
Last season: 23 points; 15th position
This season: 30 points; 11th position
Pure Roy Hodgson. Only second-from-bottom Watford have scored fewer goals than Palace this season and even then, the resurgent Hornets are catching up quick and trail by just a single strike. But only Liverpool, Leicester and Sheffield United have conceded fewer goals. A top-half position after basically no investment would be an extraordinary achievement. Hodgson wants ‘four or five’ players this month to see them over the line.

5) Newcastle United: +25%
Last season: 24 points; 14th position
This season: 30 points; 14th position
Six extra points despite his defenders having scored almost three times the number of goals his front three have chipped in with. Not that the Magpies are any better off in the table, despite having an extra two-point cushion on the relegation zone compared to this time last year.

6) Liverpool: +12% (23 games)
Last season: 60 points; 1st position
This season: 67 points; 1st position
Jurgen Klopp’s side haven’t been quite as stingy in defence – they’ve conceded two more goals compared to the same point in 2019 – yet they’ve improved on last year’s excellence to near perfection. The title is theirs, invincibility might follow, and who is to say the Treble won’t too?

7) Wolves: -3%
Last season: 35 points; 7th position
This season: 34 points; 7th position
To maintain their Premier League standing while contending with all the Europa League brings is fantastic work from Nuno. A savvy week before the deadline could make them the side most likely to overtake Chelsea into the top four.

8) Brighton: -4%
Last season: 26 points; 13th position
This season: 25 points; 15th position
You won’t see it on the league table but Brighton are so much better under Graham Potter that he has signed a new contract just a few months after his first. They average more possession than either Tottenham or Manchester United, and pass the ball more accurately than the latter. They are well-placed to avoid another late-season collapse.

9) Chelsea: -8%
Last season: 47 points; 5th position
This season: 40 points; 4th position
Seven fewer points but a rise of one place in the table highlights how fortunate Frank Lampard has been that Man Utd, Arsenal and Spurs have been absolute dog muck.

10) Manchester City: -8.9%
Last season: 56 points; 2nd position
This season: 51 points; 2nd position
The arse has hardly fallen out of City this season but their five-point dip combined with Liverpool’s sheer relentlessness leaves them looking over their shoulder at Leicester rather than worrying about what the leaders are up to. Pep Guardiola can point to defensive injuries as mitigation but his failure to strengthen that area in the summer makes that a moot point. And for two-thirds of the same period last season they didn’t have Kevin De Bruyne doing Kevin De Bruyne things.

11) Everton: -9%
Last season: 33 points; 8th position
This season: 30 points; 16th position
The difference in Everton’s league position is a better indicator of their regression than their points tallies. The lack of quality among their rivals means Carlo Ancelotti’s new side are three points closer to the top four this season in 16th than they were last term in eighth.

12) Manchester United: -24%
Last season: 45 points; 6th position
This season: 34 points; 5th position
Ole Gunnar Solskjaer sees ‘strides forward’ and they have gained a place this season despite being three wins worse off. But everyone else only sees a side on the slide with little hope of arresting their slump without significant changes throughout the club. How they remain in fifth is a f*cking mystery.

13) West Ham United: -26% (23 games)
Last season: 31 points; 10th position
This season: 23 points; 17th position
Manuel Pellegrini had West Ham close to where they should be at this point last season and they started the new campaign well too. But a piss-poor back-up keeper and a £70million spend which has yielded three fewer goals have left David Moyes in charge again while the Hammers engage in another unnecessary relegation scrap.

14) Bournemouth: -30%
Last season: 33 points; 10th position
This season: 23 points; 18th position
You might ask how Eddie Howe’s side could improve on a place in the top half given their resources and rightly laud the manager for the job he did to get them there. But this term, for the first time has seen Howe face some searching questions of his own especially after a run of only one win and ten defeats in 12 matches prior to the much-needed triumph over Brighton on Tuesday. A crippling injury list hasn’t helped but too many Cherries have gone off the boil, especially in attack. Though Steve Cook admitted ‘things were not right all across the pitch’.

15) Watford: -30%
Last season: 33 points; 9th position
This season: 23 points; 19th position
The Hornets were doomed, then Nigel Pearson shone his own brand of sunshine on Vicarage Road and now they’ve got real hope of avoiding a relegation that seemed a formality six weeks ago. But for Tyrone Mings’ late intervention at Villa Park on Sunday, they would have been 16th rather than second from bottom.

16) Arsenal: -36%
Last season: 47 points; 4th position
This season: 30 points; 10th position
Only the bottom two have won fewer games than the six Arsenal have scraped together, with just two coming since October 6. The Gunners have drawn half of their matches this season, and though the 2-2 at Chelsea was evidence of some character, most stalemates have been an illustration of their widespread weaknesses. The most glaring of those is at centre-half and though Mikel Arteta admitted he was obligated to address that concern, so far the Gunners have shown little evidence of helping him to achieve that.

17) Tottenham: -37%
Last season: 54 points; 3rd position
This season: 34 points; 6th position
Jose Mourinho might be struggling to turn it around, but Spurs would likely have been even worse off had they not thanked Maurico Pochettino for his service before ushering him towards the door. A 20-point swing on last term is astonishing – almost as remarkable as the fact they remain only six points off the top four. Spurs have been awful for much of the season but they are in good company.