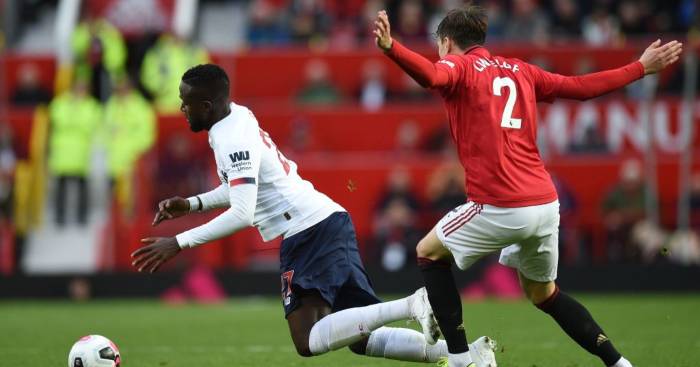 A Premier League source has told The Athletic why Marcus Rashford’s opening goal in Manchester United’s 1-1 draw against Liverpool was not disallowed by VAR.

The Red Devils ended Liverpool‘s 17-match winning run in the Premier League after Marcus Rashford’s opening goal was allowed to stand despite him claiming Divock Origi was fouled 70 yards up the pitch in the build-up by Victor Lindelof.

Jurgen Klopp vented his frustration at the decision following the match while Ole Gunnar Solskjaer argued it was not a “clear and obvious error”.

The Athletic reports that ‘when contacted’ Premier League officials said there was still a ‘general satisfaction’ towards VAR’s performance so far this season and that ‘by and large the clubs are in agreement’.

On Lindelof’s challenge on Origi in the lead up to United‘s opener, a source told The Athletic: “The VAR’s view would have been that Martin Atkinson is up close to it, he would have seen it.

“He might have taken into account the fact that Origi’s first touch takes the ball away and he is not in control of it. Not every bit of contact is a foul.