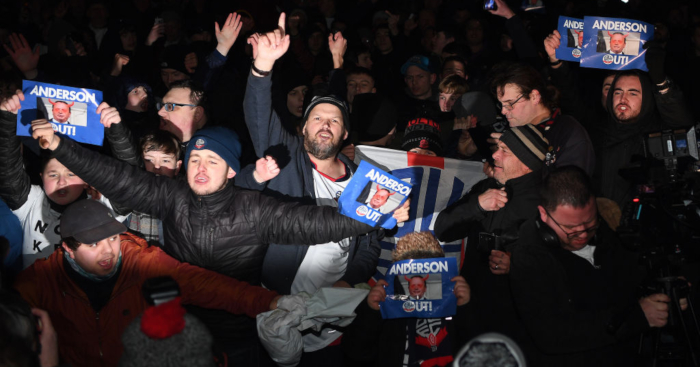 Bolton have been told by their administrator that plans to shut down the club have been put on hold.

Bolton are on the verge of liquidation after the English Football League gave administrator Paul Appleton 14 days to either sell the Sky Bet League One club or prove they can be funded for the rest of the season.

Appleton revealed on Monday there was no money left to fund the club after a takeover bid by the Football Ventures consortium had stalled.

Talks continued on Tuesday and there was optimism Bolton would meet the 5pm deadline to announce a deal had been approved, but progress came too late to stop the EFL enforcing a 14-day notice to withdraw the club’s membership.

However,  following overnight talks, the main issues that had halted the completion of Football Ventures’ takeover have now been resolved and a deal could be completed as early as Wednesday.

It is also understood that an internal message was circulated at the club on Wednesday morning to ease growing concerns that administrators could be about to close the business.

In a statement released on Tuesday night, the EFL said: “Despite further exchanges with the administrators over the course of the Bank Holiday weekend, and right up until (Tuesday’s) deadline of 5pm, a resolution to ongoing impasse in negotiations regarding a completion of sale at Bolton Wanderers has not yet been found.

“The EFL board has therefore taken the decision to lift the suspension on the notice of withdrawal, which was issued as per the EFL’s insolvency policy when the club entered administration in May 2019.”

Appleton issued a brief statement to say he had “noted” the lifting of the withdrawal notice, but would continue to try to save the club.

“All parties have been in continuous dialogue throughout the day and are working closely together (on Tuesday) evening in order to bring a deal to completion,” he said.

The sticking point is understood to be a dispute between the club’s most recent owner Ken Anderson and their biggest creditor, the family trust set up by Bolton businessman and benefactor Eddie Davies before his death last year.

EFL executive chair Debbie Jevans said: “Despite repeated assurances, we are extremely disappointed that we are still not in a position to reach a successful resolution with the sale of Bolton Wanderers and have therefore taken the decision to lift the suspension on the notice of withdrawal. I again urge all parties to finalise the proposed takeover.”