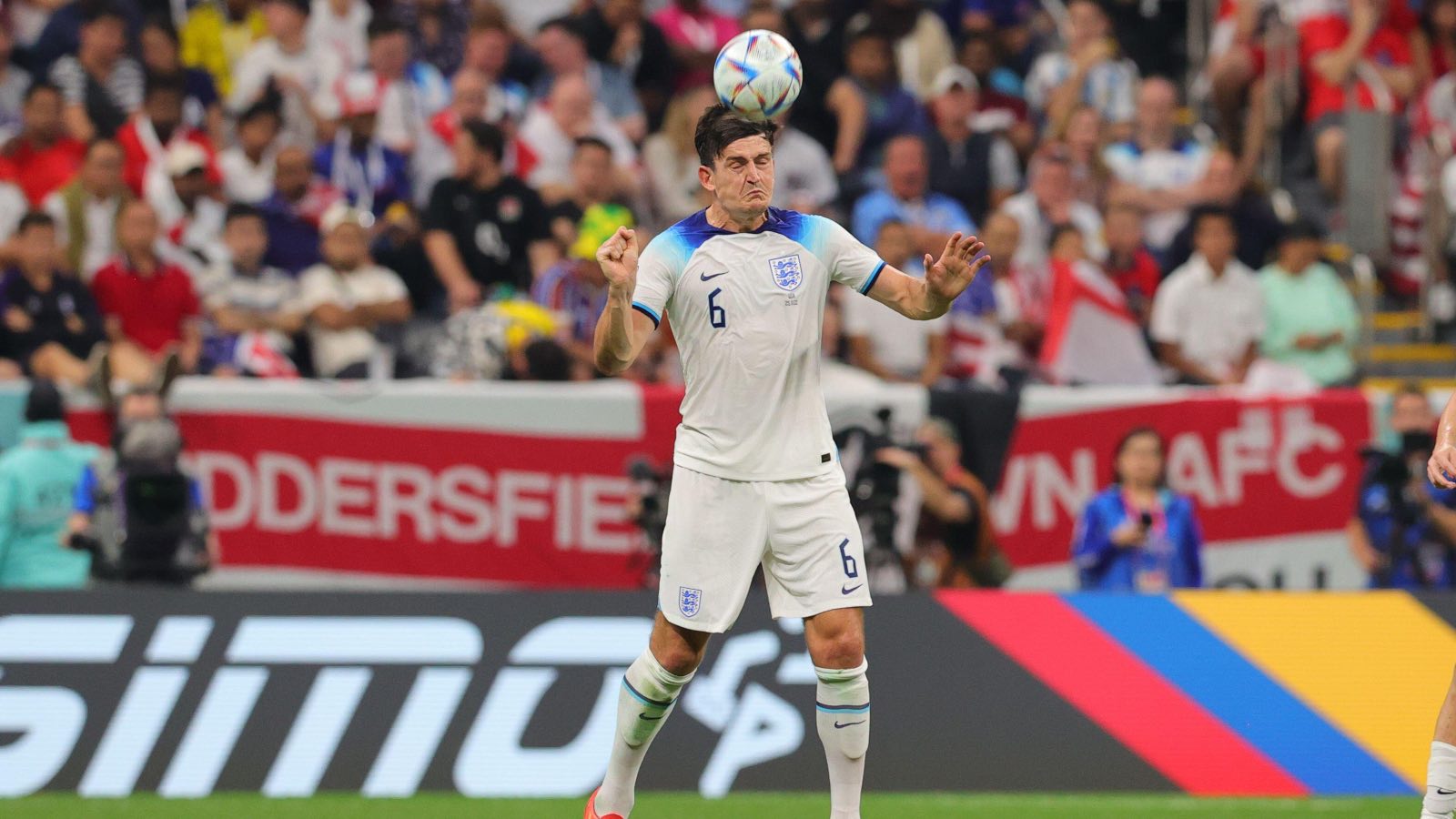 Well that was both frustrating and boring, but this England always have at least one of these sorts of games in them at major tournaments. Calm down, it’s going to be fine.

Anyway, we’ve rated the players. Well done, Harry. No, not that one.

JORDAN PICKFORD
Didn’t do much other than watch the ball cannon off his crossbar from Christian Pulisic’s shot and flap at a corner. He spent the rest of the time shouting at his teammates, as is his wont, and ours after watching that, to be fair.

KIERAN TRIPPIER
The left side was more productive than the right despite England’s obsession with attacking down Trippier’s side in the first half in particular. Some nice one-touch passes to slip Saka in a couple of times early on but that avenue was shut down pretty quickly.

HARRY MAGUIRE
“Kicked the ball out of play,” as Roy Keane was very keen to highlight at half-time, and did a weird bear hug on no-one in particular to clear space for Weston McKennie’s excellent chance in the first half.

But he played a couple of excellent diagonal passes and got it through the lines when he could. He also did the bits of ‘proper defending’ that he tends to do really bloody well – the booming headers from Pulisic’s surprisingly good corners, the interceptions and stepping in to win the ball a la Bobby Moore.

Maguire’s footballing demons may well hurt England at some point, but those demons don’t appear to affect him getting his noggin on it. Good for him.

JOHN STONES
Gareth Southgate said his and Maguire’s use of the ball was “outstanding and people don’t appreciate that”. You can count us among those people. The one moment we remember was the point in the second half when he kept the ball for what felt like 30 seconds before booting it forward straight to the goalkeeper before waving his arms in the air. Other than that it felt like he passed it aimlessly and endlessly to Maguire or the full-backs.

LUKE SHAW
Probably the best of the lot other than Maguire. That obviously wasn’t a high bar and is only really based upon a couple of free-kicks in the second half, the first of which no bugger attacked and the second of which saw Harry Kane get his header all wrong.

DECLAN RICE
Reverted to the plain Rice of four years ago before it was chickened and fried. He sat in front of the defence and made some crucial blocks in the box but wasn’t the progressive force we’ve become more accustomed to and enjoyed more recently.

JUDE BELLINGHAM
Made one memorable break from midfield to set up a chance for Harry Kane after ten minutes and we all thought ‘here we go again’, but that was sort of it. Came deeper and deeper as the game wore on and made a couple of timely interventions in his own box, but that’s not where we want to see him.

MASON MOUNT
McKennie, Tyler Adams and Yunus Musah gave him so little space and when Mount did squeeze into some he didn’t make it count. Struck one sweetly in the first half to force a good save from Matt Turner. Some good bits of pressing, was more involved after the break and even more so when Jack Grealish came on, but it won’t have been enough for England fans (or Gary Neville), for whom the grass is always greener than Mount while Phil Foden sits on the bench.

BUKAYO SAKA
If Monday was the high point of his England career, this may have been the low. Balls bobbled off him where they were sticking like glue against Iran and quite a few promising moments broke down through a miscontrol or a poor pass.

RAHEEM STERLING
‘Doesn’t stop crosses’ being the only note sort of sums his game up. After we gave his and Kane’s telepathy the big build up we can’t remember them passing to each other. He doesn’t stop crosses.

HARRY KANE
Held the ball up reasonably well at times but couldn’t find any forward runners and is still goalless in Qatar despite that very good chance to win it in the 93rd minute, when he used the wrong part of his head. He’s going to have to go some to win the Golden Boot this time. Mind you it’s Wales next.

JORDAN HENDERSON (for Bellingham, 68)
He got into one position to cross the ball and swung it straight into the goalkeeper’s arms.

JACK GREALISH (for Sterling, 68)
Got the ball wide in space that we didn’t know existed almost immediately and tried to dance his way through to goal. England looked more threatening with him on the pitch, but that wasn’t difficult.

MARCUS RASHFORD (for Saka, 78)
Received the ball behind the defence once but couldn’t get away as Kane rather fluffed the through ball.