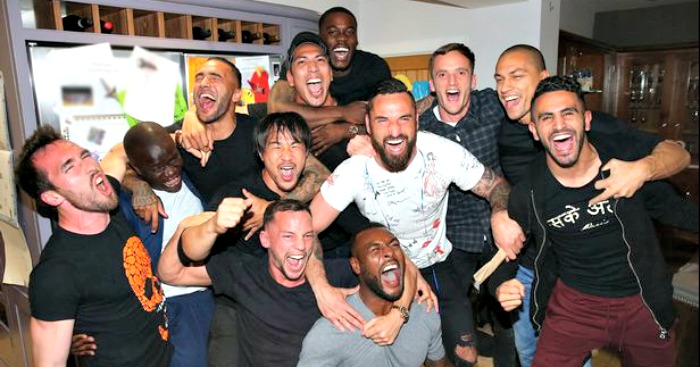 Each member of Leicester’s Premier League title-winning squad should receive knighthoods, according to Gordon Taylor.

Taylor, the Professional Footballers’ Association chief executive, believes Leicester’s memorable title victory, should result in each of their players being individually recognised.

Only the British players would qualify for a knighthood – Sir Jamie Vardy, Sir Danny Simpson and Sir Andy King – while the overseas players could receive honorary knighthoods. Taylor believes each player deserves recognition.

“It goes beyond football what they’ve done,” Taylor told the Daily Mail. “It remains to be seen if the choice to add them to the honours list comes from The Cabinet, but I would hope so. As football goes it’s probably, in my lifetime, one of the finest achievements I’ve seen.

“Special success stories come from different areas of life. Leicester have shown that sport and football are a very important part of the fabric of this country. They give hope to any team who think they can never make it to top.

“For the PFA Player of the Year Riyad Mahrez to have gone from the French Ligue 2, to failing in a trial at St Mirren, to show the resilience and belief to become the Premier League’s best player.

“For Vardy to get released by Sheffield Wednesday, go to Stocksbridge Park Steels to Halifax Town and Fleetwood, to go on trial at Crewe and not be taken on, then suddenly he achieves the record of consecutive Premier League goals and is one of the country’s leading scorers.

“For Kasper Schmeichel to live and play under the shadow of his father, Peter — it’s never easy to be a famous footballer’s son. There are inspirational stories from every team member, I could name them all.

“They deserve all the credit they can get. The sum of their whole is so much greater than the individuals. That’s what football and life is all about — being a team.”