Home All The News Playing at Wembley could hinder Tottenham – Lineker 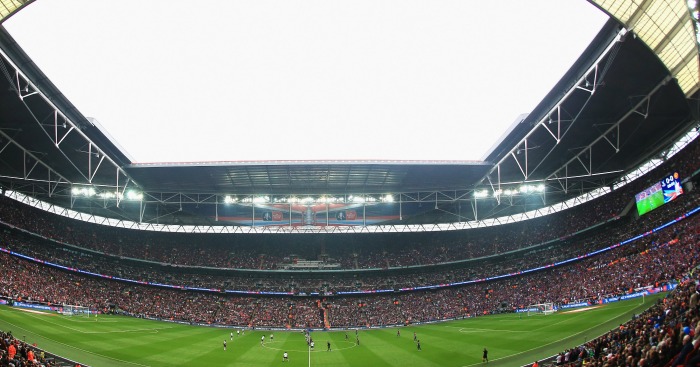 Spurs will host their home European games at the national stadium while White Hart Lane is being redeveloped, starting against Monaco on Wednesday night.

But north London rivals Arsenal struggled when they briefly relocated to Wembley in the late 1990s, winning just two and losing three of their six European fixtures, and former Spurs striker Lineker feels switching grounds will not help his old side.

“It will be interesting to see how the Wembley thing goes,” BT Sport presenter Lineker said. “I hear they have sold a lot of tickets which will be great.

“It’s a hard one because it’s always been quite difficult to explain why home advantage is so important. It’s familiarity I suppose, and you do lose some familiarity when you play your own home games at a place where you don’t normally play.

Some snaps from behind the scenes at today's team photoshoot day at Hotspur Way… #COYS pic.twitter.com/EuXg9Z8tdL

“I don’t imagine it will help them, particularly, it will be interesting to see whether it harms them.

“It’s different because it’s not your home ground. Your home ground gives you comforts. You get in the dressing room, which you know, and you’re comfortable, and psychologically or subconsciously all these things add up.

“You walk out onto a pitch you’ve played on and you know where people are sitting and all those things added together give you that slight advantage.

“In terms of statistics it’s proved that it’s better to play at home than away. So if you are playing your home games kind of half away, you would suspect it might be a disadvantage.”