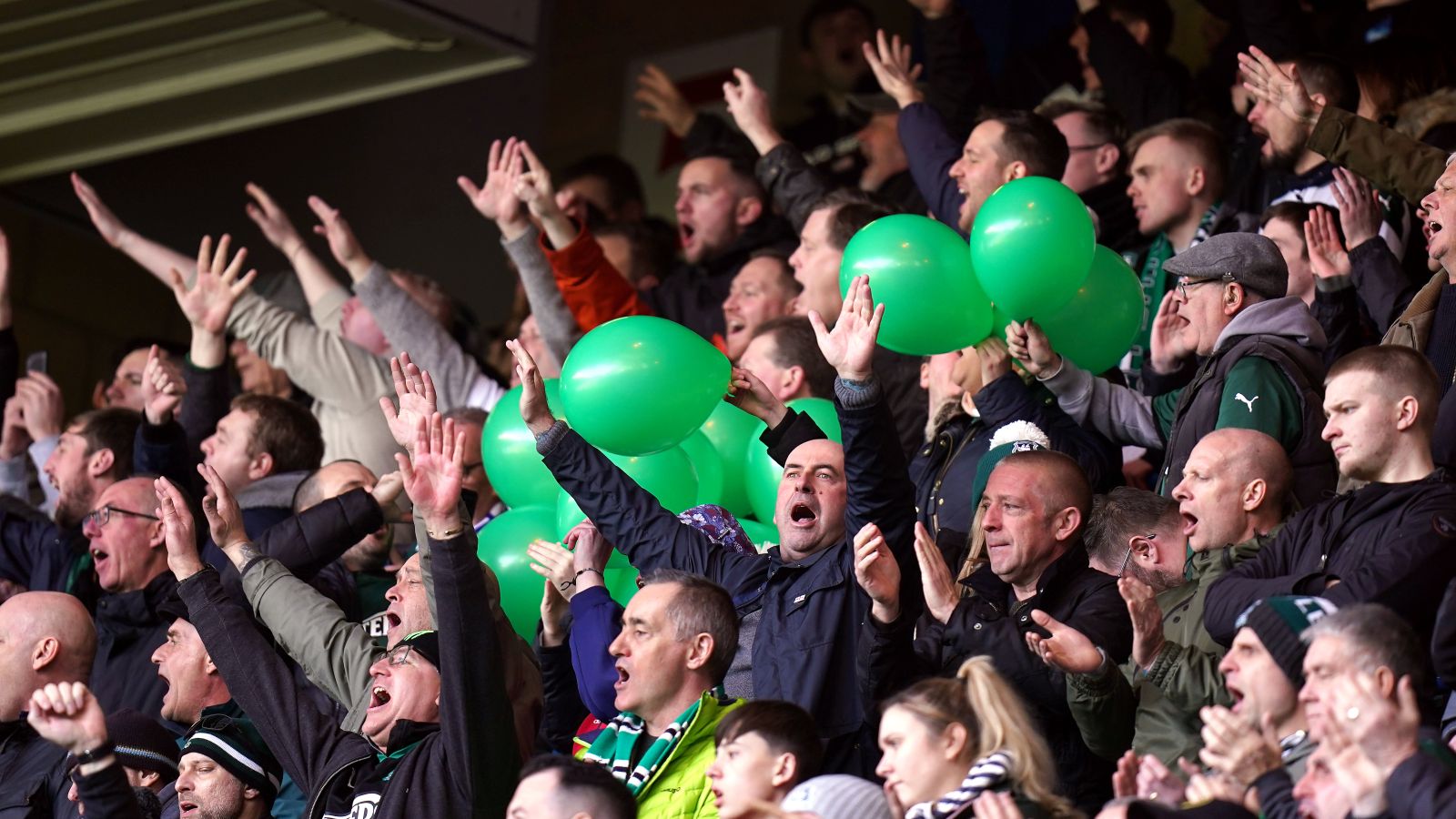 Plymouth Argyle are proving that no matter how tempestuous the middle of a season, bookending the campaign in stellar form should and could be enough to bring glory.

Not many clubs survive a mid-season managerial change borne out of an overachieving manager being poached and live to tell the tale with a promotion campaign which seemed fanciful at best before the season even started.

Current boss Steven Schumacher opted to stay in Devon over joining friend and boss Ryan Lowe at Preston late last year. He has taken an Argyle side on the wane after a mightily impressive start to the season to their greatest run of 2021/22 so far; Tuesday night’s 2-0 victory over Cheltenham Town was a sixth successive victory and clean sheet.

From looking like dropping out of the promotion race altogether over the past months, Plymouth have now made themselves more likely to get automatic promotion than finish outside the top six. With leaders Rotherham United faltering in recent weeks, Plymouth need only continue their current run of imperious results to take an automatic promotion bid all the way to the final games of the campaign.

Looking every inch a Championship side across this last month, it will only take another similar effort over the final five weeks of the campaign to see Plymouth extend their season to games 47 and 48 at least.

With the only prior managerial experience to his name being an interim reign at National League Southport, where he retired from playing the game in 2018, Schumacher has taken to EFL management like a duck to south coast water. Having threatened and occupied a place in the top two for almost the entire first half of the season, Lowe left on a low, on a run of three successive defeats as Argyle slid down the table slowly but surely.

Managers with tenfold more experience would have struggled to exert a turnaround even near the level of that which the 38-year-old has displayed at Home Park in his four months in the dugout. Plymouth had not started the season as anything more than dark horses for promotion. To be on the road to the mid-table position many thought they would occupy took some of the pressure off Schumacher and co.

But with the pressure off, so too was the handbrake. Soon, this Plymouth team learned how to play once more with the handbrake off too. Unsurprisingly, Schumacher retained faith in the 5-3-2 formation he and Lowe favoured through their successful stints together at Plymouth and Bury, both of whom achieved promotion from League Two under the managerial duo.

Now, with the pair split up, both are achieving just as much apart as they did together. That speaks testament to the individual qualities of each man. While Lowe has injected excitement and optimism into Preston’s campaign, Schumacher has got Plymouth firing at either end. Shutting out Cheltenham made it over nine hours since Argyle conceded, their best run since the glory days of 2005. Meanwhile, only Wigan have outscored Schumacher’s side in the third tier of English football.

They are seven points clear of seventh place with seven games of the season to go. That is almost unassailable; it is an impossible distance to drop considering Plymouth don’t even look capable of dropping seven points themselves over such a short space of time without calling into consideration the potential perfection of their League One rivals.

Saturday sees Plymouth travel to another side trying to hijack a promotion spot – albeit Ipswich’s ceiling is sneaking into the play-offs thanks to Kieran McKenna’s impressive start to life in senior management as a number one. Win that and see points dropped elsewhere below them and Plymouth can start to plan for their season being extended already. Win and see points dropped above them and the dream of making a return to the second tier for the first time in over a decade the easy way becomes all the more real.

Like all the best teams, Plymouth have become just that. They have a remarkable six players in double figures for goal involvements – strikers Ryan Hardie and Luke Jephcott have broken the 10 mark for goals scored alone while Panatuche Camara leads the assists charts with eight.

After game one of the League One season, Plymouth sat bottom of the pile after a 2-0 defeat at Rotherham. A 16-game unbeaten run saw the Pilgrims top the table going into December and they haven’t exited the top eight since despite a run of two wins in nine games across Christmas and the new year. They started the season in stellar form and are looking to end it in equally imperious style. See it out and Plymouth will be as deserving of a place in the Championship as any of their more consistent contemporaries.