Home F365 Features Will Plymouth and Lowe reach Championship together? 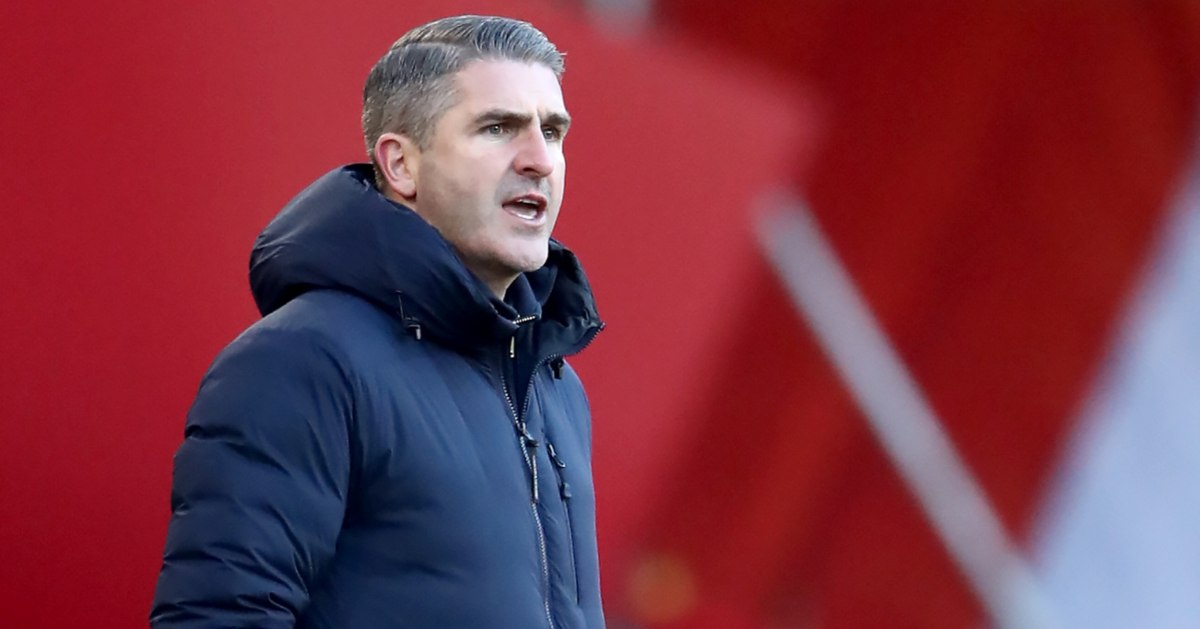 It would make perfect sense that a player who excelled at a particular level during his heyday on the pitch would similarly succeed in the dugout after hanging up his boots, but Plymouth Argyle manager Ryan Lowe’s excellent track record across the board in Leagues One and Two is unprecedented.

His Argyle side sit proudly at the top of League One, defeating the majority of sides that go toe-to-toe with them. The Pilgrims’ long journey to Rotherham United on the opening day to suffer a 2-0 defeat, barely registering an attack in resistance, is as misleading as any opening-day result.

Undefeated since, the Devon side have risen to the third-tier summit under the tutelage of Lowe, whose managerial career could and perhaps should have been more difficult. This is a man who made his name in the bottom two tiers of the EFL as a hotshot forward, a poacher for goal who was comfortable being a big fish in Leagues One and Two rather than plying his trade a level above. Despite hitting 45 goals across three-and-a-half League One seasons in the twilight of his playing career and 61 strikes in three full campaigns in the fourth tier, Lowe never played a Championship game.

In just his fourth full season as a manager, Lowe looks to be earning a shot at the Championship, his Plymouth side showing few signs of slowing down. Even a comically waterlogged Home Park pitch couldn’t deter his side from putting a third past Bolton in midweek to strengthen their position at the top of the table in a division consisting of big spenders and the highly ambitious Sunderland, Wycombe, Wigan, Rotherham, Sheffield Wednesday and Ipswich Town.

That collection of clubs would have returned decent odds at the start of the season for being the top six come May, while few would have fancied Plymouth and even less so following the opening 90 minutes of what is looking to be another remarkable managerial campaign for Lowe.

Lowe is used to the challenge of facing sides with far greater resources on and off the pitch. Three separate playing spells and two stints as a caretaker at Bury should have prepared the Liverpudlian for what to expect when getting the full-time post at Gigg Lane, but managers with tenfold knowledge would have struggled to achieve half of what Lowe did in his time in Greater Manchester.

Relegated from League One and with a full XI of players released or sold, few gave the newbie Lowe any chance of helping the Shakers make it back to League One, but with almost an entirely new team, an outspoken attitude and a pioneering formation at such a level which has now become the norm, the 43-year-old showed he was a level above his peers from the start.

But even assembling a new side on the back of a relegation was no match for the true tests in the background, the very real – and ultimately successful – winding-up of the club by HMRC. While the club’s very existence was under threat and games were close to being postponed and abandoned as a result, Lowe was leading his team to promotion-earning victories. It should go down as one of the greatest individual achievements of the modern sporting world.

Lowe would of course swap a League One campaign which never came to fruition for another shot at League Two with Plymouth, and he has never looked back. Promoted via the Points Per Game system in his first season in charge at Home Park, Lowe showed he was no one-trick pony, though a one-track mind for promotions was in evidence.

A readjustment to League One brought a largely solid campaign with a desperately poor final three months bringing just two wins from the final 15 fixtures and an 18th-place finish. It was a drunken stupor to end 2020/21 which looked to have transformed into a hangover in August.

But this is Lowe, who is fast painting himself as one of the brightest managers in the EFL. His trademark three-at-the-back formation continues to pack a punch with a tightly packed yet technical midfield feeding two of the brightest forwards in League One – Ryan Hardie and Luke Jephcott. That front pairing embody their manager’s finest traits between them, and possess 12 goals and six assists between them just 14 games into the campaign.

Lowe earned one promotion to the second tier in his time as a player, a bit-part role in Sheffield Wednesday’s ascent back to the Championship. He would drop back to League One over the summer. Now, his managerial career shows no signs of stalling. This is a manager on the up. He may know the third and fourth tier like the back of his hand, but his football management skills can take him even higher than the heights he scaled as a lower-league journeyman and marksman.

With a number of clubs in the Championship in need of a change in the dugout – we’re looking at perennial losers Cardiff City and Barnsley amongst others – Lowe could be fast tracked to the second tier. If he continues to progress at such a rate, then the limits are his own to choose. While he is on this road, Ryan will continue to swing Lowe, but the sweet chariot on which he is riding is flying extremely high at Plymouth.

Dark horses before the season’s start at best, Lowe’s team is now one of the most feared in the division. Much of that is down to the man in the dugout, who will know that the top of League One is no longer his limitation. For Plymouth’s sake, the hope is that they realise the dream of punching above their usual weight together.